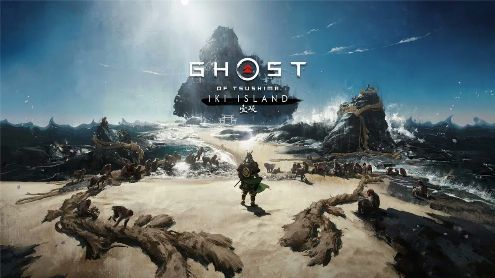 Sitt advertised, sitt commercialis. Well almost. Earlier this month, Sony announced the release of Ghost of Tsushima: Director’s Cut before the end of the summer. History to allow players to have a better idea of ​​what awaits them in this new version of the hit from Sucker Punch Productions, the Japanese manufacturer has just released a new video of the title.

In preparation for the release on August 20 of Ghost of Tsushima Director’s Cut, Sony has just released a new trailer for the game. This trailer is entirely dedicated to the indie content related to the island of Iki that this new version integrates into the game.

According to Sony, this scripted expansion allows you to discover new places, meet new characters, complete different quests, etc. In this new part of the story, Jin discovers that a “mysterious“Mongolian tribe settled on Iki Island. The latter is led by Ankhsar Khatun, better known to his followers as” theEagle. “

Jin will therefore have to go to a version presented as “semi-fictional” of the island of Iki. This area is presented by the editor as so “savage” and populated by criminals, looters, pirates, smugglers, monks, etc.

But despite this, the hero will have to team up with colorful characters to put an end to the actions of the Eagle tribe. As was already the case in the base game, this quest will also be an opportunity for Jin to dive back into the past of the Sakai clan.

As for the technique, it is possible to clarify that the trailer available above was captured on PS5. Watch sequences combine gameplay phases and cinematic extracts. And about the gameplay, this new content will give Jin the opportunity to learn new techniques that will help him in his journey.

What do you think a priori of Ghost of Tsushima Director’s Cut? Can new content inspire you to make yourself new to Tsushima? And what do you say about the pricing policy applied here by Sony? Tell us all in the comments below.