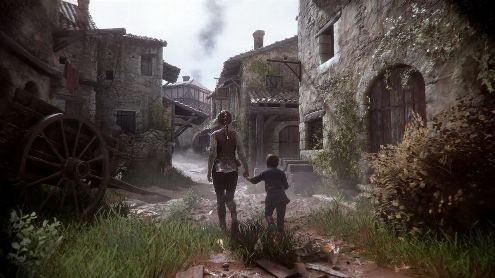 Every week, Epic’s online store allows itself a fancy, a madness: letting us add new games to our personal collection for nothing. The two candidates of the week just waiting for a few clicks from you

see also: E3 2021: A Plague Tale Requiem is announced and offers itself a first missed video

Still immersed in the Summer Sales, the Epic Games Store leaves you today, and for 7 days, to pick up Mothergunship and Train Sim World 2 without having thought about this money saved for other projects. It’s free. What about next week? Be careful, the Fortnite parent store is not going to play the rat game. Well, yes, but not as you might think.

First game offered from August 5 to 12, and not the least: A Plague Tale: Innocence, a highly regarded medieval action-adventure game among the editorial staff – and one that PS5 owners with PlayStation Plus subscriptions can still nab until next Monday. We owe it to the French of Asobo, whose Flight Simulator arrived on Xbox Series X | S this week, precisely. So Cocorico, as they say.

Live the heartbreaking story of Amicia and her little brother Hugo, delivered to themselves in the heart of the darkest hours of history. Chased by the Inquisition and surrounded by the inexorable advance of the hordes of rats, Amicia and Hugo will learn to know and rely on each other. Overwhelmed by adversity, they will have to struggle to survive and find their role in this ruthless world.

Speed ​​Brawl is a 2D racing and fighting game where you have to go fast and hit hard! Keep your lan, perform combos, and throw powerful punches. Find your own fighting style and build the best fighting team ever. Then start over and go faster. Even faster. ALWAYS FASTER!

Still a lot of fun for not a round, is not it?