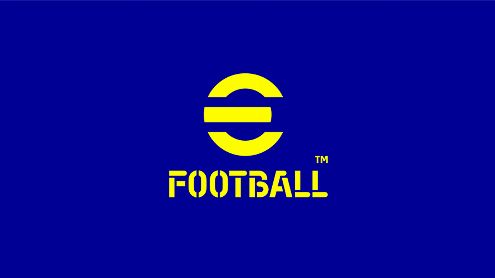 2021 will undoubtedly mark a turning point in the history of Football simulations made in Konami. Finished International Superstar Soccer, farewell Pro Evolution Soccer, place eFootball. While some longtime fans of the Japanese publisher’s series are struggling to get over it, the latter sheds some additional light on his title this year.

read also: Konami: Two Silent Hill, MGS and Castlevania would be under construction

Konami’s announcement that its football game this year will not be PES 2022 but eFootball and that this new title will be offered in the form of a Free-to-Play has raised many questions among fans of the genre. And the Japanese publisher is clearly aware of the situation.

Konami has indeed posted a series of details about the game on the official Twitter account of eFootball. And the latter reveals that this is not a release in the traditional sense that PES fans will be entitled to this year. Konami seems to wish to soak his feet in the water before jumping into the deep end. Here is the information communicated by the Japanese publisher:

Ahead of our next major #eFootball announcement, we wanted to briefly answer common questions that we’ve seen! Much more to follow this month 🤩

-EFootball is it a simple mobile game offered on consoles?

eFootball is primarily developed for consoles but simultaneously corresponds to a platform intended for the greatest number of people. The game will take full advantage of the technical capabilities of each compatible device.

-Will the next-gen graphics be degraded in order to allow play against mobile users?

We will make graphics adjustments on the mobile version but the next-generation graphics on consoles and PC will not be degraded.

-Is it possible to disable or filter the cross-platform in the matchmaking?

We will include multiple filters for matchmaking based on player location and platform.

-Does the “early fall” launch actually represent a demo?

many ways yes. We want people to be able to try eFootball as quickly as possible. Therefore, we will be launching the game with a limited number of teams and modes. Details on this subject will follow shortly.

-What elements will be playable for free at launch?

In “early fall,” eFootball will not have micro-transactions. Everything will therefore be playable for free at launch. We will then add more content during “fall.” Details on this subject will follow shortly.

-Can I play against artificial intelligence from the “beginning of autumn”?

-Will the Edit Mode and Option Files be compatible?

We plan to add Edit Mode and Option Files via a free update offered on PS5, PS4 and PC after the game’s initial release. More details on this will follow shortly.

-When will the Master League be adding eFootball?

The Master League will be offered as premium downloadable content (in other words, paid) in the future. Please wait for more information on this topic.

-Is it possible to hire players without special agents?

The previous games had elements strongly reminiscent of a “lottery.” eFootball, on the other hand, allows you to name and buy your favorite players via Match Pass, a system allowing you to receive in-game items based on the matches played. Free and paid Match Passes will be offered.

Konami has therefore provided some details on the content initially available in eFootball as well as on its plans for short and long term editing. The editor’s answers raise other questions, however, and it is not certain that these details will comfort PES fans who are reluctant to the transformation in this year’s game.

As previously noted, the initial version of eFootball will be available for free and playable for free next fall on PS5, Xbox Series X | S, PC, PS4, and Xbox One. The iOS and Android versions should be released soon after.

What do you think of these details? Do they make you want to give eFootball a chance more? Were you planning to play the game anyway? Could the disappearance of PES put you on FIFA? Tell us all in the comments below.