Even before the release of our first Cinematic Quest seven years ago, the Zariman Ten Zero represented one of Warframe’s greatest mysteries. It’s a massive colony ship stranded in a mind-boggling dimension called The Void that exists outside of space and time. It is also the scene of a supernatural and violent tragedy that created Warframe’s main players, the Tenno.

On April 27, Tenno finally return to this abandoned ship to face their past in Angels of the Zariman, a free update for PS4 and PS5 players that allows them to jump right into this shrouded and bloody chapter of Warframe history. Drawn by an ethereal song that radiates through the Origin System, players will discover how years of exposure to the Void made Zariman a beautiful and haunting place, where ghosts from the past now haunt its lush, overgrown land. Today I want to take off the shroud single a pinch to talk about one of those ghosts: Void Angels.

When Tenno briefly visited the Zariman Ten Zero as part of last year’s New War Update, one of the most disturbing things they witnessed was the vaguely humanoid forms that formed from the Void molt that froze the entire ship. In Angels of the Zariman, these graceful and haunting statues come to life as the main boss encounter of the update. Void Angels are closely tied to the mysterious tragedy that occurred aboard the Zariman all those years ago, and creating them has been one of the most exciting and daunting challenges of this entire update.

When we started work on The New War, our art team started exploring all the ways The Void could distort the Zariman. We were inspired by the concept of fractals (endless patterns that get more complex the more you look) and the alien aspect of marine life, and began to explore what that might look like when applied to humanoid forms. The result was these hauntingly beautiful statues that flowed almost like liquid mercury. Half-recognizable faces in a twisted chrome casing.

When we saw the result, we knew that these Void Angel statues could be much more than just decoration. So we started planning when we could make them a challenging new boss and kept their true purpose a closely guarded secret.

Warframe is already known for its unique aesthetic, but Void Angels required our art, animation, design, and audio teams to really push themselves to create a boss unlike anything Tenno had encountered before. 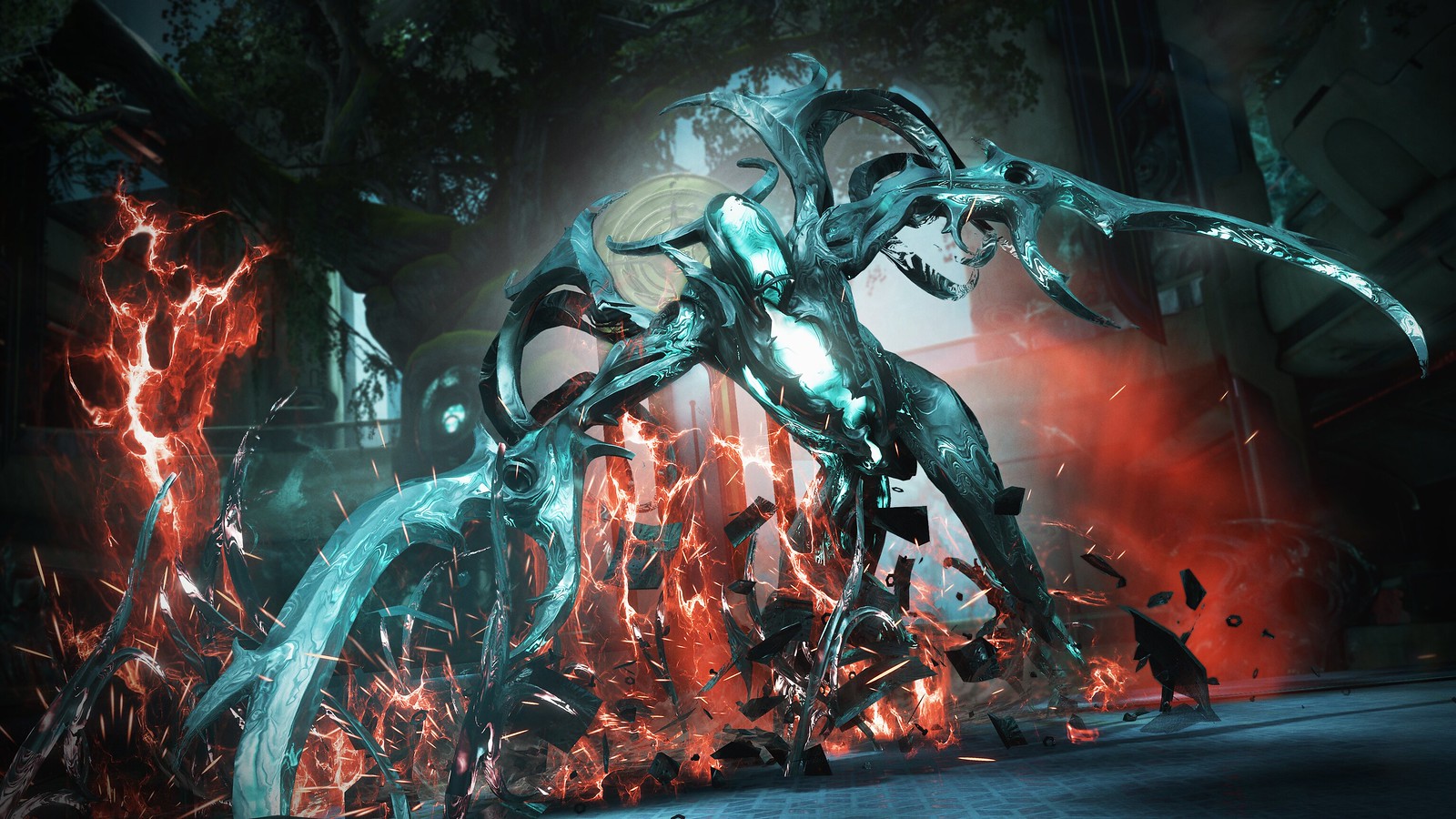 Before you even fight one, you’ll feel the danger the Void Angels pose. Their song echoes through the halls of Zariman, turning into bloodcurdling screams as they close in on your position. And you’re not just fighting Void Angels on a plane of existence, either. Players will need to weaken the Angel of the Void and switch to its Operator to enter a pocket dimension of The Void to fight the Angel’s true form. This pocket dimension is a completely different combat arena, one that will test your mastery of your Operator’s Void Abilities as you take on the Angel of the Void. In this ethereal form, the Void Angel will bombard you with projectiles that will cover the arena and damage the Void Corruption. And once you’ve weakened it enough, you’ll need to gather Shattered Shield Shards to protect yourself against a deadly energy attack.

That’s just a bit of what you can expect when you first encounter Void Angels. In addition to our new Thrax Centurion enemy type, which we revealed at Devstream 160, players will need to use every tool in their Warframe and Operator arsenal to stay alive in Angels of the Zariman’s three new mission modes. 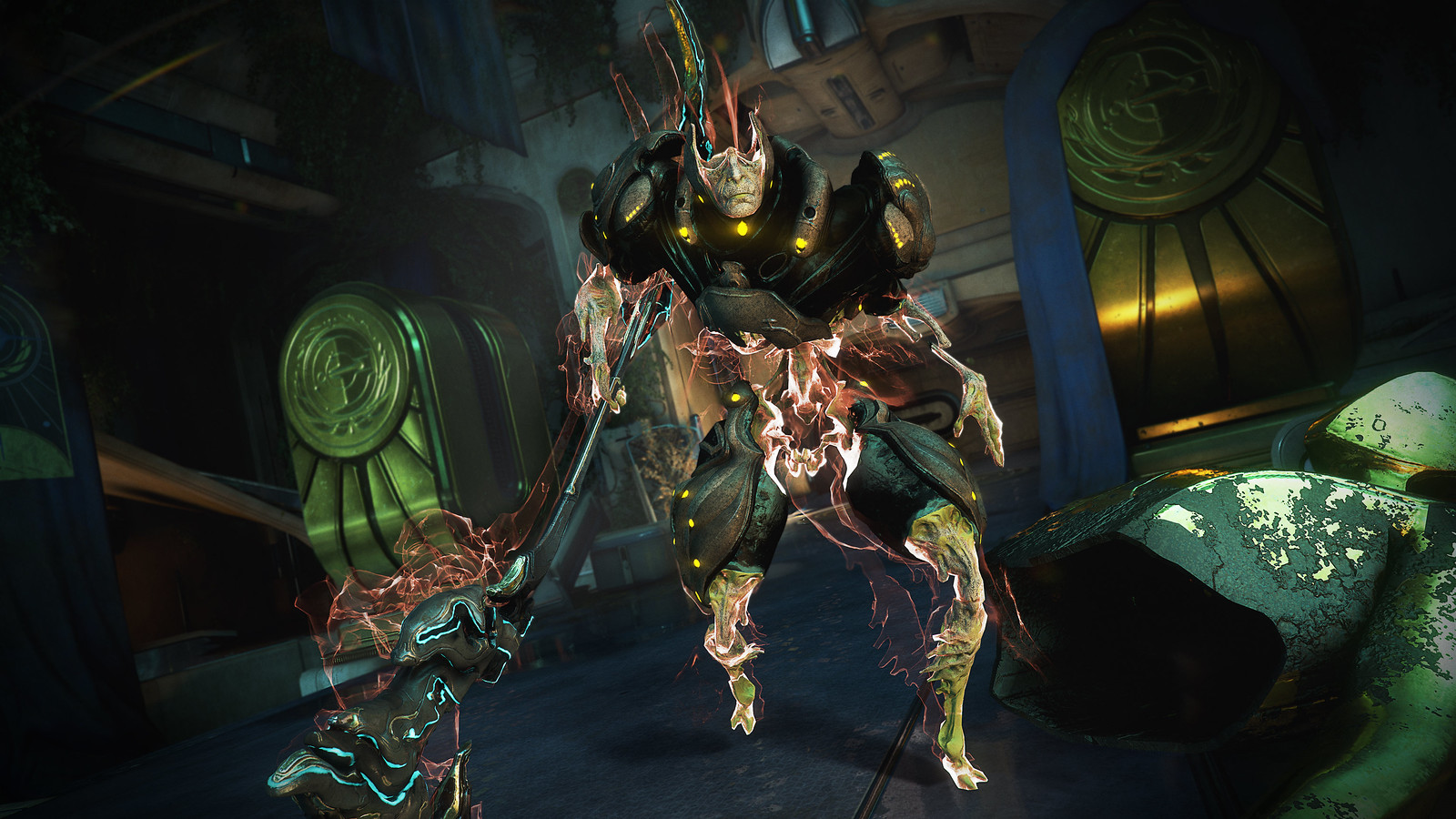 While Void Angels and Thrax Centurions are sure to keep you moving as you explore Zariman, there’s so much more to this update that we can’t wait for players to experience. You’ll be able to battle enemies like Gyre, our Warframe 49, decorate and upgrade your very own Dormizone apartment, discover powerful new weapons that evolve and take on new features as you complete challenges, and even change the texture and material of select Warframes with our new Void Shell skins, opening up a new realm of Fashion Framing for select Warframes. And all of this is wrapped up in a new mission that will finally reveal some of the mystery surrounding Zariman himself.

I hope you’ve enjoyed this little taster of what’s to come in Angels of the Zariman when it launches for PS4 and PS5 on April 27.