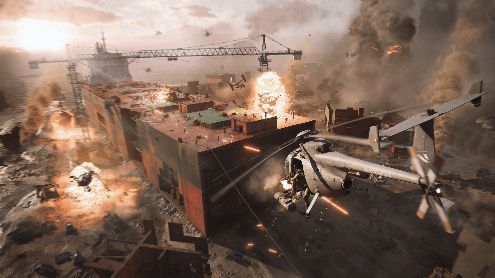 DICE wants to be able to offer bots in Battlefield 2042 to replace missing players on its 128-player and under servers. The Swedish studio wanted to be reassuring about their faculties.

VG247 had the opportunity to interview Justin Wiebte, Design Director at Ripple Effect Studios, in support of DICE to develop Battlefield 2042. According to him, a lot of work has been done on artificial intelligence.

We have tried to make them play like a player. So it would be very difficult for people to tell the difference between an AI and a real human player, because they run everywhere, drive vehicles, take charge, drop off where the objectives are and others. things like that – it’s a very smart system. You can then change and adjust some of the things they are allowed to do or not do, including how difficult it is to play against them.

Still, let’s take a grain of salt because the great declarations on AI are very often explosive, but above all misleading. However, it is true that artificial intelligence has made, and continues to make, great progress over time, as long as programmers roll up their sleeves.