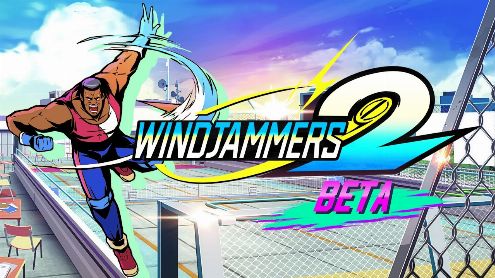 The unexpected sequel, but ultimately much anticipated since its announcement, of one of the most famous games of the Neo-Geo era has good news to share. New supports and a trial period are not nothing.

From this Wednesday 11 August 3:00 p.m. until Sunday 22 August, it will be possible to participate in the Bta de Windjammers 2. This will be held on several supports. On PC, via Steam, and on PS5 and PS4. This is indeed one of the surprises of the day, this sports title between Frisbee and air hockey is now available on PlayStation consoles, in addition to personal computers and the Nintendo Switch.

This Bta, which will only allow cross-platform between consoles, will let you take charge of the characters of Steve Miller, Biaggi, Sophie de Lys and Gary Scott, all with different characteristics, of course. You’ll be able to have fun in different arenas for online ranked matches, and find out if this completely hand-drawn second installment is right for you.

Everything is very nice but does not give us a release date for Windjammers 2. We remain for the moment on a cloudy 2021.