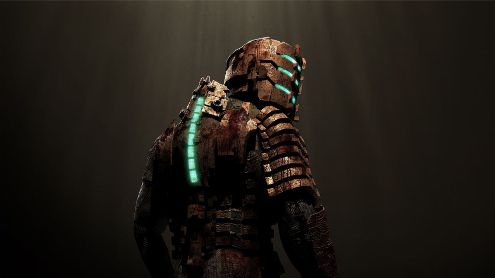 When it comes to rumors related to the video game industry, a phrase that comes up often is “there is no smoke without fire.” And as players watching the news just saw, the smoke from the rumor of Dead Space’s imminent return just turned to fire during EA Play Live.

Rumors had been claiming for several weeks that Electronic Arts was secretly preparing the announcement of a new Dead space and that the latter had a good chance of being announced during tonight’s EA Play Live. And once again, these rumors were right.

Indeed, the American publisher has indeed taken advantage of his event tonight to reveal this new title. And as the rumor also indicated, it is not a question of a sequel, but of a remake developed by EA Motive.

At the moment, there is relatively little information about the game. The American publisher, however, clarified that the game was only intended for new generation consoles (PS5 and Xbox Series X | S) as well as the PC. The original game was “completely rebuilt“in a way to offer an experience”deeper and more immersive. “

The same, but better?

Also according to EA, the game uses the Frostbite engine and offers graphics “take a bite out of it. “The editor also speaks”gameplay improvements“while making sure to”honor the original. “The American glove also evokes a”story and characters improved.“ It’s vague, but we’ll have to settle for a for the moment. Regarding the game scenario, EA presents the pitch as follows:

A simple engineer tasked with repairing the USG Ishimura, a gigantic spaceship, Isaac Clarke will quickly realize that things have gone very, very badly. The crew have been slaughtered and infected with an alien plague … and Nicole, her beloved partner, is lost somewhere aboard the ship.

Only armed with his tools and his scientific skills, Isaac will try to discover the nightmarish truth that lurks on the Ishimura. To achieve this, he will not only have to fight for his survival in the face of hostile creatures called “ncromorphs,” but also to preserve his sanity despite the unspeakable horrors that will stand in his way.

The time these lines are written, Dead Space does not yet have an announced release date. According to Jeff Grubb, the journalist who revealed information about this announcement earlier this month, EA will communicate again soon on the game.

What do you think of this Dead Space remake announcement? Would you have preferred a Dead Space 4? What do you expect from the game? Do you have any fears (other than being afraid while playing)? Give us your initial opinion in the comments below.