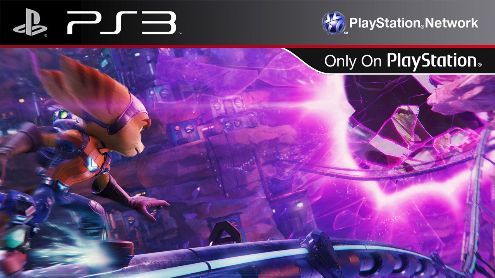 In general, developers, and especially those working for large corporations, avoid attacking the work and / or statements of colleagues head-on. It is not an attitude judged as professional and, after all, we do not know what tomorrow is made of. For the co-founder of Traveller’s Tales, such considerations obviously no longer matter.

see also: Ratchet & Clank Rift Apart takes us to the discovery of its plants in video

Jon Burton, the co-founder of the studio now known as TT Games (best known for its LEGO games and Disney games in the 90s), has for several years maintained a YouTube channel called “Coding Secrets“in which he returns to and explains the creation of the games on which he worked (it is via YouTube that he had for example revealed a prototype of Mickey Mania 2). But not only.

Indeed, it also focuses on titles developed by other studios. And in one of his last videos, relayed by the British site VGC, the game designer looked into the case of Ratchet & Clank: Rift Apart and statements from Insomniac Games about the game. When announcing the game, Sony’s California studio claimed that the near-instant portal world-changing system seen in Ratchet & Clank: Rift Apart was enabled by the SSD of the PS5 and was simply impossible to set up on the previous consoles.

In his video, Jon Burton says plainly that this is not true and that the statements on this subject from Insomniac Games are “misleading. “Given the way these portals / rifts are used in the PS5 exclusive, a similar result, he says, could have been achieved on older machines including the PS3.

For him, what was presented as “incredible sequences showing Ratchet moving from one world to another to create awesome action scenes“did not match”mainly cinematic scenes or short sequences with very limited gameplay. “ While he does not deny that Insomniac did use the PS5’s SSD to perform these techniques, he does believe that equivalent scenes could have been produced on older consoles using other techniques.

For example, the director of LEGO Marvel‘s Avengers declares that the pocket dimensions seen in Ratchet & Clank would be the easiest to reproduce on older consoles because they correspond from small levels to relatively basic settings:

The pocket dimensions are really basic graphically and in effect seem to only use the same generic objects like crates, objects that would already be available in RAM anyway. So it’s more or less a question of a dome, a few small platforms, generic objects and a nice lighting. On older hardware, this would therefore not require a lot of memory, especially since these sequences use generic objects, which makes the whole thing faster to load.

As for the more spectacular scenes in which Ratchet encapsulates world changes by passing through a succession of portals, Jon Burton points out that what really happens in these scenes is relatively limited and that their context makes this system reproducible over many years. previous consoles skillfully using buffer memory:

The important thing to note here is that nothing happening at this point in the game is optional. Everything is forced. This is an important detail because it means that you can preload the rail section while playing the previous section.

Besides, each section of this sequence is both strength and small. You only move over a very small part of the world and you have very few movement possibilities during this section. This means that the game has all the time you are playing one section to load the next. Imagine the game has two memory buffers. The first buffer contains the section you are currently playing. And while you’re playing it, the game loads the next section into the second buffer.

As a transition between buffers you can be content to have very simple intermediate spaces kept permanently in memory in order to hide any bugs related to the decor exchange.

To illustrate his point, Jon Burton takes the example of a sequence of the PS3 version of LEGO Star Wars III that he designed during which two different levels are displayed on the screen at the same time and between which the players can switch when they want. According to him, the fact that the two sequences are fully visible at the same time at all times is an even more difficult result to achieve than what Insomniac did with the rifts of Ratchet & Clank: Rift Apart. He ends by asserting that what is shown in terms of almost instantaneous switching from one level to another in the game of the PS5 could have been achieved on “more or less any console of the last decade. “

It should be noted in closing that Jon Burton is only talking about how Insomniac had to exploit the rift system in Ratchet & Clank: Rift Apart and not about the making of the game as a whole. It is indeed difficult to imagine a PS3 displaying graphics identical to those seen in the exclusive PS5. Either way, it’s a safe bet that this Jon Burton video is going to generate a lot of ink. And it is possible to wonder if the latter will be entitled to a response from Insomniac.

What do you think of these statements and explanations from Jon Burton? Do you also feel that Insomniac has oversold what the rifts offer in terms of gaming experience? Do you think that similar sequences could have been offered on PS3? Give us your opinion in the comments below.