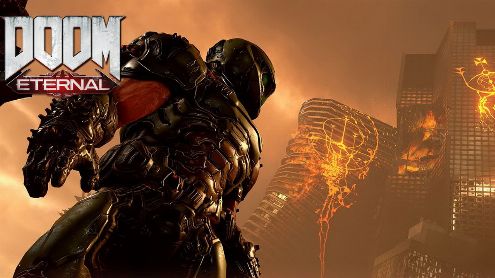 After the release of its second expansion and its sixth update allowing it to shine Ray-Tacing on PC, PS5 and Xbox Series X | S, the FPS demoniac from id Software will not give up. The plans have changed and a new challenge will present itself to the players.

see also: DOOM Eternal in 8K Ray Tracing Ultra, how many FPS with an RTX 3090? Our in-house gameplay

DOOM Eternal will benefit from a new free update offering a Horde mode, announced Marty Stratton, producer of the game, on the official website. The latter will take the place of another type of experience that has been planned for a while, Invasion, which would have left players as one demon in another’s game. Solo content rather than multiplayer, therefore.

But don’t worry, the BATTLEMODE is always pampered by id Software.

As many of you know, we were planning on releasing a free update for Invasion Mode; however, the unforeseen consequences of the pandemic and remote working have impacted the progress of the development of this addition. During this time, we have also seen and heard how much you enjoy the gameplay and combat offered by Expansions and Master Levels. That’s why we’ve decided to redirect our time and effort previously allocated to Invasion mode towards creating a brand new single player Horde mode. We are confident that this Horde mode will give you all the variety and difficulty that you seek in the game. In addition, the team continues to work on a general refresh of BATTLEMODE to include a more competitive ranking structure, various gameplay updates. and balancing as well as a new card.

The first information will arrive in August, during QuakeCon, which will be held online from August 19 to 21.