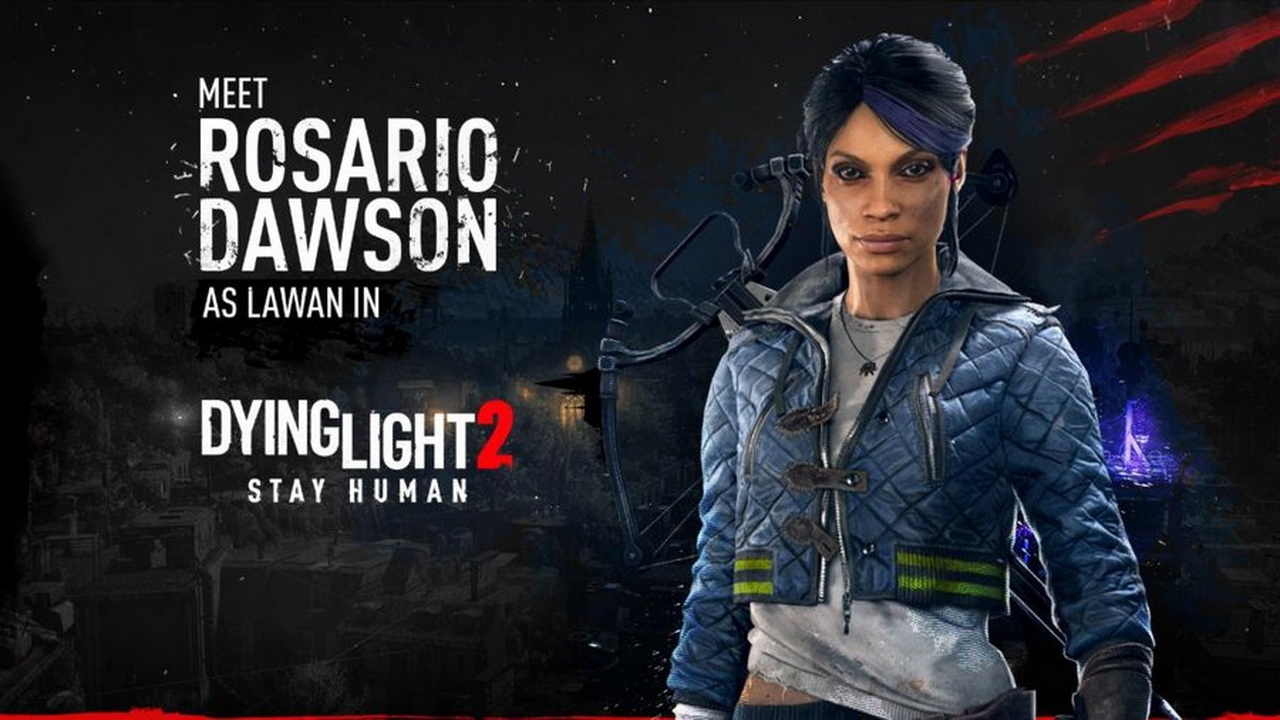 Practically declared dead at the beginning of the year, before its developers return to the assault, Dying Light 2 still has revelations to make. All very beautiful. Hmm.

While, that’s it, Dying Light 2 Stay Human is confirmed on Switch (via the Cloud), new info continues to rain on it. In the fourth Dying 2 Know show airing this Thursday, September 30, Techland once again took us behind the scenes. But after the focus on weapons, the Polish studio chose to focus on the gaming world. And give way to a little sweetness.

Anyway, it’s Lawan that I prefer

The work of the very talented Olivier Derivière is widely highlighted in the video. And we’ll tell you about it. But before that, and the French composer won’t blame us, he surely doesn’t care, let’s roll out the red carpet to a pleasant announcement. American actress Rosario Dawson will play an important role in Dying Light 2. The revelation of He got game, which we could also fall in love with in Sin city, Clerks 2, Netflix’s Marvel series as Claire Temple and latest in The Mandalorian, had already passed a header for Dishonored and NBA 2K20. She will play here a certain Lawan. This will, according to screenwriter Piotr Mostowski, have a strong impact on the plot.

“But we wanted her to be much more than that. That she is a real person, with her own goals, her own motivations and her own opinions. If she doesn’t like something you say or do, she’ll let you know and act on it. Sometimes against you. And you will feel the consequences. She’s her own boss and there’s room on her Kill List. You don’t want to end up on it. “

She can also become a close friend as well as an enemy. Personally, I choose the first option. With a coffee.

Music to the heart

In addition to dwelling on the artistic aspect of The City’s environments and how it will come back to life, the Dying 2 Know therefore had time to devote to what will undoubtedly make up 50% of its appeal: the music. . Yes, the music. That of Olivier Derivière, which we no longer present. His inspiration for Techland’s open-world action game started with one word: broken. The French explains wanting that it spreads over all layers of the game. Thus, there will be musical accompaniment for everything. And a good one, if we trust what we can listen to in g-game above.

And because resources were needed to match the musician’s overkill, the recordings took place in the legendary Abbey Road studio with the London Contemporary Orchestra. An extract ? An extract : “Run, Jump, Fight“, the main theme.