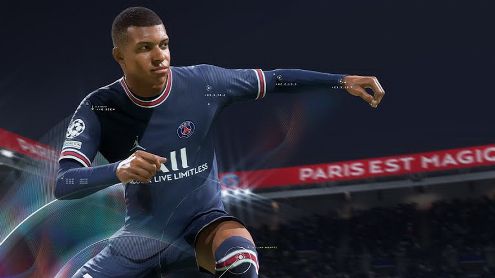 Euro 2020 and the Copa America have not yet delivered their verdicts that Electronic Arts decides to start communication around its next football game. First step: the ambassador. And it won’t be a surprise.

see also: PES 2022 would lean towards free-to-play this year

Kyllian Mbapp to be on the cover of FIFA 22. The young striker from Paris Saint-Germain and the France team succeeds himself, quite logically. The interested party revealed it on his Instagram account, because he loves his fans.

To be two years in a row on the cover of FIFA is incredible. I have a very special relationship with the game and look forward to enjoying it with all of you.

Of the three images shared in our gallery below, only one specifies which edition it relates to, the last one, where it appears from behind, for the Ultimate Edition. We can conclude that the one in profile corresponds to the standard and the all smiles the Champions. It looks like Electronic Arts has given up on the not-so-popular collage side for the next season of its sports games.

See you on Sunday !

And the first elements of FIFA 22 will not be long. Before the final of Euro 2020. The very first trailer of the game will be released this Sunday, July 11 at 5:30 p.m.. We prefer to warn you, from experience: this is not likely to be a long presentation of gameplay, but rather a short clip with some hyper playful football stars. So don’t let anyone get in your head, focus instead on the meeting between Italy and England, hey.