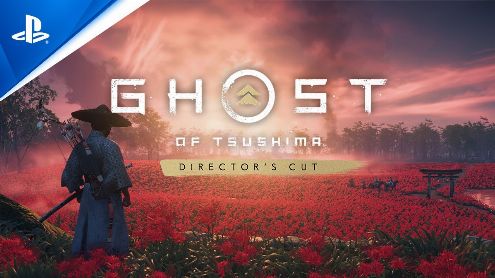 The announcement was largely leaked, but whatever: Ghost of Tsushima will return to tell us about the Japanese adventures of samura Jin Sakai in a Director’s Cut version full of bonuses, which officially unveils today.

see also: PS5: DOOM Eternal free new-gen update is here, but there is a but

Sony is once again rewarding the patience of players who have so far held on: Ghost of Tsushima Director’s Cut will arrive on PS4 and PS5 on August 20, to try to make us forget that this is not the year that you will be able to set foot on the Archiepel. Okay, okay, unless you’re an Olympic athlete, but the odds are pretty slim anyway.

On a le in the sun

In all its finery, the game of SuckerPunch therefore unveils the specifics that await armed combatants from their next-gen console., that here without further ado:

But the biggest piece obviously lies in the arrival of Ikishima, a new the ape-like to explore, to discover a new side of history, and to slay new enemies in ever more colorful settings. This should ensure a successful vacation, even if the information is still scarce about it:

In this new story, Jin travels to Iki Island to investigate rumors of a Mongol presence. Very quickly, he finds himself caught up in events with deeply personal issues that will force him to relive traumatic moments from his past.

The transfer of backups between versions will of course be assured, but we must not be mistaken about the price to pay: owners of the original can buy the extension alone for 19.99 euros, or upgrade to the full version on PS5 for 29.99 euros. Finally, those who fall for the Director’s Cut edition on PS4 but end up migrating to PS5 will have to pay 9.99 euros. So that’s the simplicity?

For those who have not yet ranked their katana, Ghost of Tsushima Director’s Cut will arrive on PS4 and PS5 on August 20.