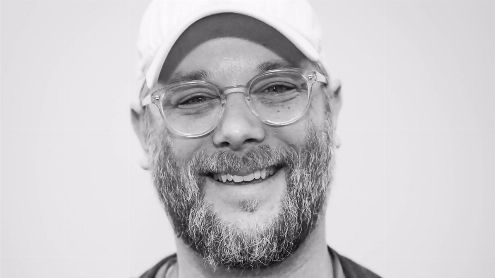 Over time, we have had the opportunity to tell you on several occasions about the particularly high selling prices of consoles in Brazil. While these prices, as well as those charged in other developing or poor countries, obviously do not do the business of local players, some figures on the other side of the bar are also complaining.

see also: A PS5 shows the reverse … in a Sony advertisement, the video

Today’s statements come from the personal Twitter account of Cory Barlog, Sony Santa Monica Creative Director and director of the excellent God of War released in 2018. After posting a tweet in which he states that “video games are for everyone, “the developer received a response from a Brazilian player telling him that the games are now too expensive to be for everyone.

He then explains to the director of God of War Ragnark that a PS5 costs the equivalent of “five months minimum wage, “ which is far from making it a product intended for the general public. This message, Cory Barlog replied in two parts that this situation does not suit him either:

also, to be clear, I mean it is bullshit they cost that much and price is not adjusted accordingly per region. just realized you could also read it that I think you are talking bullshit, which – you are not. 🙂

To be clear what I mean by this is that it is crap that it costs so much and the price is not adjusted for different regions. I just realized that you might think from my post that I think you are saying shit, which you are not.

site information Uzgames.br sells the standard PS5 8,000 Brazilian rals, which corresponds to approximately 1,336 euros. As for the monthly minimum wage in Brazil, it is 1,067 Brazilian rals in 2021, or about 178 euros.

Due to local import regulations, consoles are often sold at exorbitant prices in Brazil upon release. It is for this reason that certain manufacturers sometimes decide not to market their new machines there or to go through a local distributor. For Cory Barlog in any case, Sony should adjust the selling price of its consoles according to local situations. And this, despite fixed production costs and, on consoles like the PS5, high.

This is also why consoles like the Master System or the Mega Drive have had a very long career in Brazil and have even been entitled to indebtedness years after the end of their commercial exploitation in Europe, North America or in Japan.

Note that while the Brazilian case is specifically addressed here, similar situations can be seen in other countries where news is sold at an extremely high price in addition to being difficult to find. In Nigeria for example, a standard PS5 is sold for 460,000 naira, or around 950 euros (the minimum monthly wage in Nigeria is around 62 euros per month). In India, the standard PS5 is offers for 49,990 rupees, or about 570 euros (the average monthly salary in India is estimated around 372 euros).

Video gaming is a totally democratic pastime in wealthy countries, despite the selling prices of consoles and games already considered to be high, it is clearly a luxury item in many other territories.

Should these disparities between countries encourage console manufacturers to adapt their prices according to the specificities of each territory? And this, despite relatively constant production costs? Give us your opinion in the comments below.