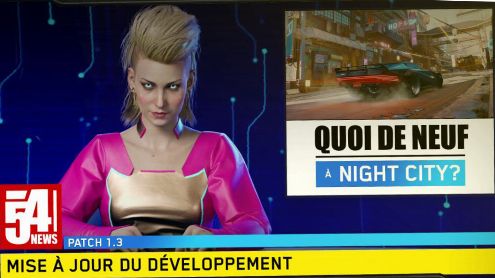 It was believed that after update 1.2 Cyberpunk 2077 had done the hard work, straightened out the essentials so that only minor fixes were then offered. But CD Projekt RED is always working to improve what can be.

Cyberpunk 2077 update 1.3 is on its way. It is not yet dated but begins to be detailed through an article on the official website of the game, itself complete with demonstration videos.

We therefore learn that the mini-card system will be improved to offer more adequate visibility, that the search for a partner in the Clouds will also gain in clarity and that the advantage points can be reset without blowing up one’s wallet.

If the Patch Notes has not yet been released, the developers are getting ready to talk about this update this Tuesday August 17 from 6:00 p.m. on the studio’s Twitch channel.

Cyberpunk 2077 is available on PS4, Xbox One, PC, and Stadia. The PS5 and Xbox Series X | S versions will land later this year.