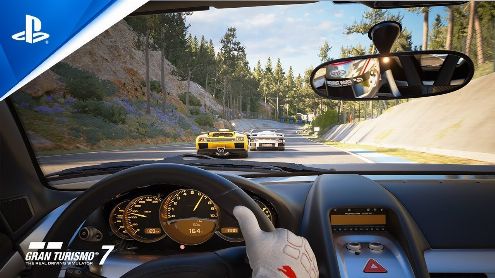 If you’re one of those people whose radar got carried away when a Beta was brought up recently, you must also absolutely want every bit of info or images from Polyphony Digital’s next racing game. That’s good, the last spot in honor of the PlayStation 5 has a little indit under the hood.

Not enough to jump to the ceiling either, but at least the trailer titled “PS5 Games – Breathtaking Games” deserves to do more than one could expect. By viewing it, we see that this clip which praises the visual overpower of the Sony console, its display in 4K up to 120 fps and its penchant for Ray-Tracing, shows us Call of Duty Black Ops Cold War, Demon’s Souls … And sequences a bit longer from Gran Turismo 7 than those seen so far.

Indicated as “under development on PlayStation”, as if to mean that we are talking about PS4 as PS5, Gran Turismo 7 shows us several handfuls of additional seconds of phases broadcast in its announcement trailer. So it doesn’t look like much, but having more time inside a Porsche Carrera GT coming out of a tunnel, and seeing the outside temperature dial vary, is capable of making one go into a trance. some members of the editorial staff. I will not name them.