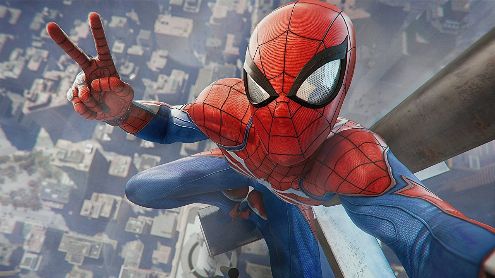 In 25 years of existence, Insomniac Games has released many games, in various genres. And while some were clearly “general audiences,” like Spyro The Dragon for example, others were aimed more at a seasoned gamer audience. And to believe the Californian studio, it is no longer a question of trying to please them.

Newsletter Axios Gaming recently had the opportunity to speak with Mike Daly, director of Ratchet & Clank: Rift Apart at Insomniac Games. Like Marvel’s Spider-Man, a game also developed by the studio recently acquired by Sony, Rift Apart offers sequences that can be skipped by players (if the latter are considered too difficult by the latter for example).

If this may make players cringe for demanding games and tough challenges, this decision has been well thought out at Insomniac. For Ted Price’s studio, difficulty does not mean pleasure:

We have more or less got rid of this popular belief that that the games must be tough for the player to derive satisfaction from them.

While debates regularly rage as soon as some dare to mention the addition of an “Easy mode” in the titles developed by FromSoftware, Insomniac Games makes the choice assumed to make its games accessible to as many people as possible. According to Mike Daly, this process involves giving players the option of not having to solve puzzles if they do not wish to do so:

We no longer think in terms of: “what will make the elite of players proud of them?” But more in terms of: “what’s going to get everyone to have the gaming experience they want to have?” Because in a way, this is the most important thing for us.

From a strictly commercial point of view, it is more interesting for a studio like Insomniac to seek to interest the widest possible audience. The most demanding players in terms of difficulty are clearly loud on specialty sites and social networks, but they are far from representative of the majority of consumers.

A potential solution to satisfy everyone would be to offer content the map and flexible in terms of difficulty so that each type of player finds his account. Obviously, some players will argue that this can undermine the vision creators had for their games. But it would be up to them to determine it.

What do you think of these statements by Mike Daly? Did Insomniac make the right choice in your opinion? Where do you stand in the debate about difficulty in video games? Tell us all in the comments below?