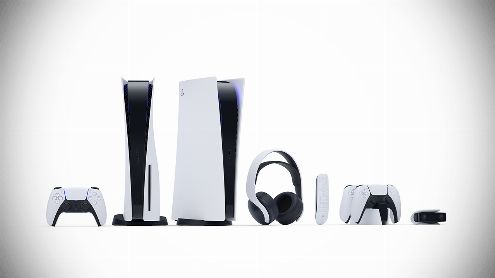 Over time, different console manufacturers may have sold their machines at a loss at first so as not to have put them on the market at too high a price for consumers. If this situation can be spread over a more or less long period, it seems that it is already partially finished on PS5.

As mentioned several times today, Sony Corp has just released its financial results for the first quarter of fiscal year 2021. And during the conference call for investors and analysts that followed, the electronics giant returned to the current situation of the PS5.

About the profitability of the PS5, Hiroki Totoki, CFO of Sony Corp, revealed that the standard model, marketed at a price of 499 euros / dollars, is no longer sold at a loss. Cap that the manufacturer managed to reach in a little over eight months (for comparison, the PS3 had taken several years not to be sold at a loss).

As for the PS5 Digital Edition (which does not include a disc player), priced at 399 euros / dollars, the sale continues for now. Hiroki Totoki asserts, however, that the losses generated by this 100% demoralized game version of the PS5 will be offset by sales of other products such as PS5 accessories or the PS4.

A matter of time

In some countries such as France, loss-selling is prohibited because it is considered an unfair commercial practice. But this concerns the direct sale from the trader to the consumer. When Sony talks about the lost sales of the PS5, it is talking about the sale of the manufacturer, therefore Sony, to the distributors.

And if the standard PS5 is already profitable, it will certainly not take too long for the PS5 Digital Edition to become profitable (over time, the production costs of a console necessarily decrease). Having said that, the fact that the CFO of Sony evokes the elements which will be able to compensate for the sales of the latter shows that it will be necessary to wait a little longer before the two machines directly bring money to the Japanese glove.

Are you surprised that the standard PS5 has already finished selling at a loss? Does the fact that the PS5 Digital Edition is sold for 100 euros cheaper than the standard PS5 work in its favor? Tell us all in the comments below.