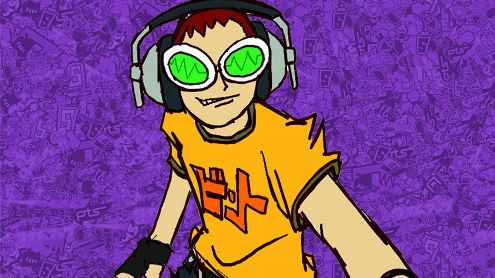 Jet Set Radio is unmistakably one of the classic SEGA licenses that fans most frequently demand for a return. But obviously, the hedgehog firm does not intend to accede to these requests for the moment. Little consolation, the hero of the series will be back very soon.

This guest is Beat, the hero of the (too) short series of Jet Set Radio. And as the trailer that features this crossover shows, SEGA has an eye for detail. Indeed, when the player embodies Beat in Super Monkey Ball Banana Mania, the emblematic bananas of the series are replaced by the spray cans in the heart of the universe of Jet Set Radio. SEGA specifies in passing, and this is important, that Beat is already present in the game and can be unlocked for free.

The king of featuring

The hour this is written, it is not known if other SEGA characters will make an appearance in Super Monkey Ball Banana Mania. Your servant would not be (surprised) against the presence of a Kazuma Kiryu who collects signal cones or a Ryo Hazuki who collects soda cans. As a reminder, Super Monkey Ball Banana Mania is scheduled for October 5 on PS5, Xbox Series X | S, PS4, Xbox One, Switch and PC (via Steam).

FYI, Beat has so far been the hero of two episodes of Jet Set Radio (not counting the Game Boy Advance version of the first game). And since the release of Jet Set Radio Future on Xbox, the tagger has appeared in a number of SEGA games such as SEGA Superstars Tennis, Sonic & SEGA All-Stars Racing or even SEGA Heroes.

What do you think of this announcement? Could she make you want to try yourselves Super Monkey Ball Banana Blitz? Would you like SEGA to develop a new Jet Set Radio? Tell us all in the comments below.