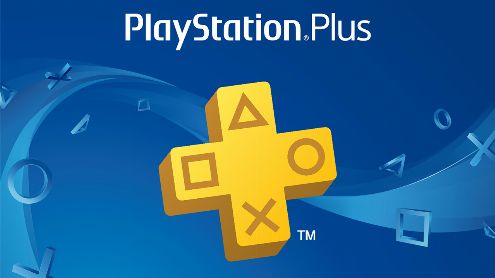 Each month, Sony gives its PlayStation Plus subscribers a gift as a thank you for their loyalty. The builder gives the opportunity to download games for free. Those offered in July 2021 have been unveiled a little earlier than what the Japanese manufacturer was hoping for.

[Mise jour 17h30] : Sony just confirmed the list of games to which PlayStation Plus subscribers will be entitled next August.

Still have time after collecting the games offered as part of the Play At Home program (currently Horizon Zero Dawn)? But how do you do it? Well, whatever. In the end, the result will be the same: whether you play immediately or not, your game library can be stocked again at zero fresh.

After Operation Tango, Star Wars Squadrons and while Virtua Fighter 5 Ultimate Showdown is still available until August 2, these are three more games that Sony Interactive Entertainment intends to “offer” to PlayStation Plus subscribers.

In any case, this is stated by a leak that appeared on the French site. Dealabs and verified by moderation of the latter. And as the rumor said, the PS5 version of A Plague Tale: Innocence will be there.

Here are the games to collect for free from Tuesday July 6 to Monday August 2, 2021:

Live the heartbreaking tale of Amicia and her little brother Hugo, delivered themselves to the heart of the darkest hours of history. Chased by the inquisition and surrounded by the inexorable advance of the hordes of rats, Amicia and Hugo will have to learn to know each other and to rely on each other. Overwhelmed by adversity, they will have to struggle to survive and find their role in this brutal and ruthless world.

Engage in brutal, smooth and grounded Multiplayer combat. Enjoy the biggest Zombies content ever with three full adventures from beyond the grave. Discover Blackout, a mode in which the Black Ops universe comes to life in the form of a colossal battle royale.

The world of WWE is your Battlegrounds. Go beyond all limits as your favorite WWE Superstars and Legends. Fight in interactive environments around the world with special abilities and bonuses in matches such as Steel Cage, Royal Rumble and more!

Even if Dealabs claims to have verified the authenticity of this information, this rumor should be taken with a grain of salt while awaiting the official announcement from Sony. We will obviously update this news when it falls.