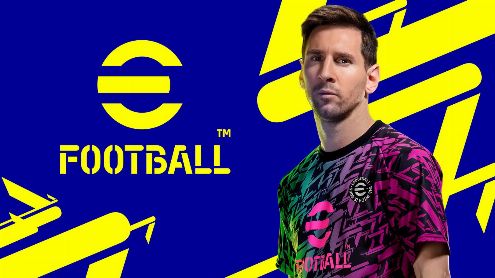 After the trial version published a few weeks ago to test the infrastructures, football made in Konami decided to enter a new generation with a surprise: a new identity.

see also: eFootball PES: Neymar Jr. becomes ambassador of the series, on the cover of PES 2022?

Konami announced this Wednesday, July 21 that its next football game scheduled for this fall will be called eFootball. A new name for this series baptizes Winning Eleven in Japan, known to us first as International Superstar Soccer Pro then Pro Evolution Soccer, or PES, which had moved to eFootball PES.

As announced a few months ago, this round ball simulation will run under Unreal Engine. But contrary to what one imagined, it is not only for the new generation of consoles that this transfer has been made. In fact, eFootball will be available on PS5, Xbox Series X | S and PC as well as on PS4 and Xbox One … not to mention the iOS and Android versions which will be released shortly thereafter. What about the Switch? Nothing on the horizon.