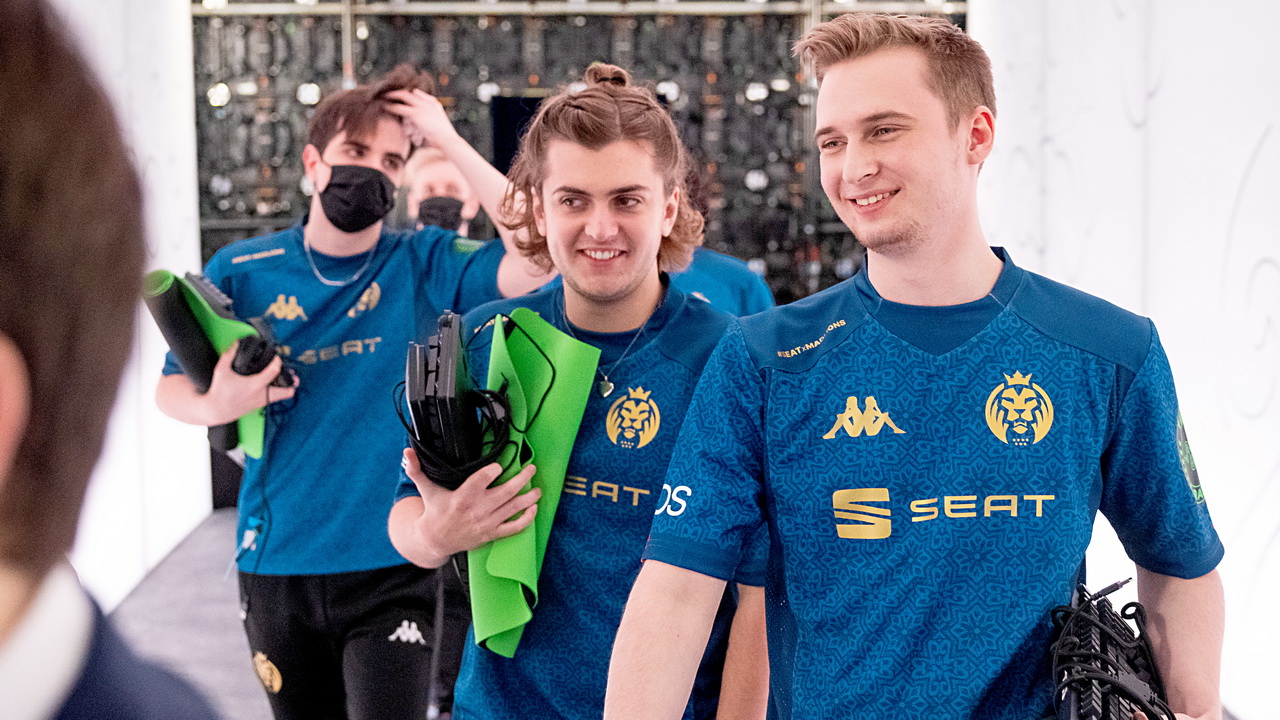 The last European representative of the League of Legends World Cup was eliminated yesterday in the quarter-final match against defending champions and big favorites, DAMWON KIA.

This weekend, all eyes of European LoL fans were on MAD Lions, the only of the three teams to come out in the world group stage. The predictions were not at all in their favor: so far, DAMWON KIA has shown no weakness in reaching the quarterfinals without suffering any defeat. The defending champions and two-time champions of the Korean League (LCK) showed very good performances both individually and collectively.

These forecasts were not wrong. DK won the quarter-finals against MAD Lions 3-0, but the score shouldn’t be taken for granted: some games, notably the last one, saw both teams take control before leaning towards the LCK representative. MAD Lions notably showed better control of the early game in this match, with good actions from toplaner Armut and Kaiser support, in particular. But in midgame and teamfight, the team failed to measure up to the South Korean players.

In the third part, DK felt confident enough to take experimental picks with a botlane formed from Pyke and Ziggs, for BeryL and Ghost. MAD Lions dominated the early game of this game, but lost their lead in skirmishes where Pyke and ShowMaker’s Azir managed to ambush them unexpectedly. DK ultimately won this game and the quarterfinals 3-0.

MAD Lions failed to reach the top 4 in the world, but it still ended its best season since its inception, with the two European League (LEC) Splits that were won during the year. DAMWON Kia, for its part, will face the other Korean favorite: T1, in the semi-final this Sunday, October 31 at 1 p.m. For many, this match will be a big final ahead of time as these are the two teams that have shown the best performances in the tournament.

MAD Lions support Kaiser notably said that “the winner of this match will be whoever wins the Worlds” in the post-match conference. “I think there’s a 70% chance that DAMWON KIA will win the game, but T1 can beat it.”