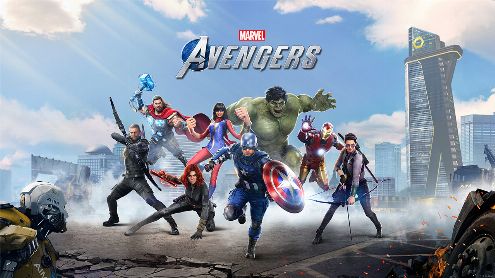 Marvel’s Avengers have not met the success hoped for by Square Enix. But like a super hero in the face of a complicated situation, the Japanese publisher did not give up so far. He continues to try to find ways to attract new users to his game-service and has just announced an operation to recruit new virtual superheroes.

Square Enix has just announced that Marvel’s Avengers will be downloadable and playable for free on PS5, PS4, PC (via Steam) and Stadia between July 29 and August 1. The Japanese publisher explains that officially, this promotional operation aims to mark the permanent launch of the possibility of having the same hero several times in a team in multiplayer missions. This means that users who wish will be able to go on a mission with four Captain America for example.

As the list above shows, the Xbox Series X | S and Xbox One are not eligible for this free trial period. Square Enix indicates, however, that a similar operation is planned for Xbox consoles. But unfortunately for Microsoft console users who would like to try Marvel’s Avengers, this free phase will only happen “in the months to come.” For them, patience is therefore essential.

Crystal Dynamics specifies that during this “special weekend, “PlayStation, Steam, and Stadia players will have access to the full game (Rally campaign, the ongoing Avengers Initiative, and Kate Bishop and Hawkeye operations) through the online store on their platform of choice. Once this period is free completed, those who decide to buy the game will keep their progress and any DLC purchases they made during those four days.

As previously reported, Marvel’s Avengers upcoming expansion, titled Black Panther – War for Wakanda, is scheduled for next August. It will be interesting to see if this promotional operation will sustainably boost the statistics of the game developed by Crystal Dynamics.

What does this promotional operation inspire you? Could she get you to try Marvel’s Avengers? Do you think that in terms of the commercial potential of the game, it is a waste of time for Square Enix? Give us your opinion in the comments below.