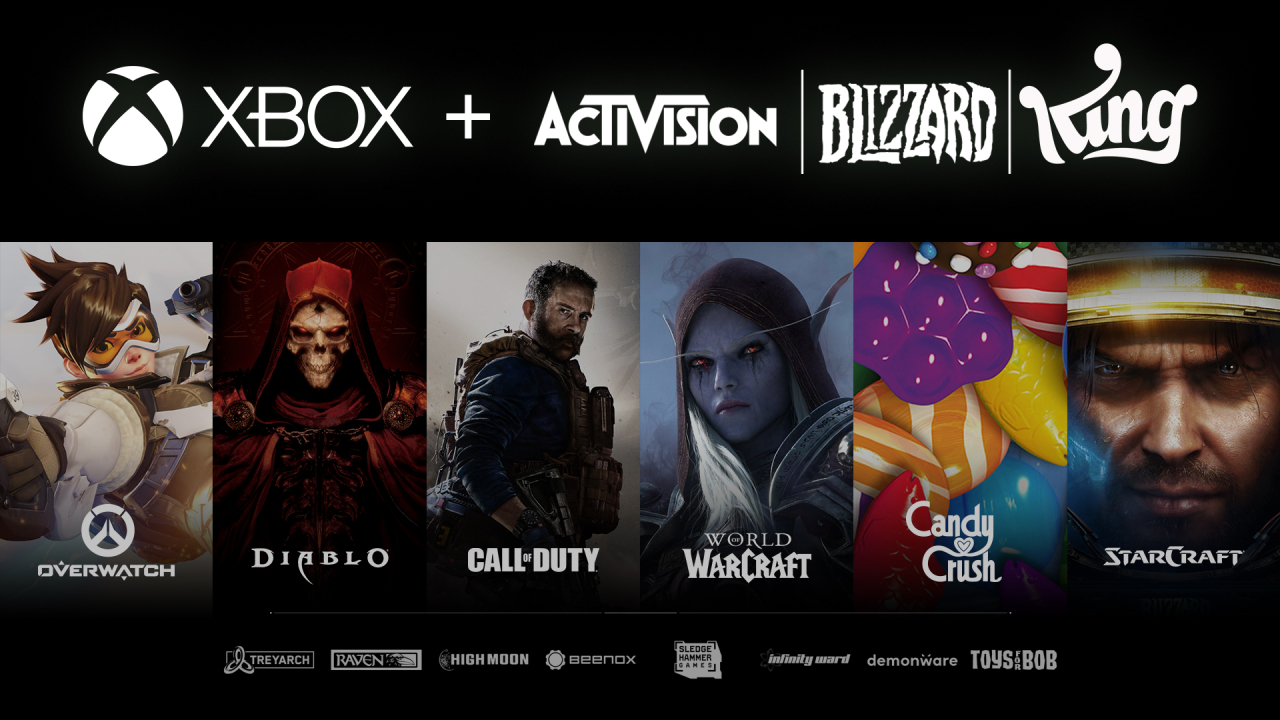 In recent years, video game fashion has clearly been concentrated. Just days after Zynga was taken over by Take-Two; Microsoft smashes all records by offering… Activision Blizzard. No ? Yes.

The announcement is quite crazy and yet all that is most official: Microsoft hopes to be able to afford the giant Activision Blizzard for 68.7 billion dollars, or 60.5 billion euros. Just that. The press release is heavy with symbols and recalls the extent of this move that no one saw coming:

If the transaction is not challenged by the authorities responsible for arbitrating the case, some of the most bankable licenses in the video game industry will fall into the hands of the manufacturer, and could propel the Xbox Game Pass to new heights. new heights.

According to information from Bloomberg, if Microsoft would intend to release future games of its new war prize on other consoles, some titles would also be made to become true exclusives, contrary to “Bethesda case law”. What licenses or games will pay for it? The suspense is complete.

The publisher still in the midst of a storm following numerous and repeated accusations of having been accused of favoring a sexist policy for years therefore becomes one of the future cornerstones in Microsoft’s strategy. The Redmont firm will however delight shareholders who have remained loyal to Activision Blizzard, since it will buy back each share for the not so modest sum of 95 dollars.

The transaction will obviously be long (and possibly painful), since the CEO of Activision Blizzard currently estimates that it should be completed “somewhere by the end of the next fiscal year, i.e. before the 30 June 2023”.

What about the Kotick case?

And as long as we talk numbers, the journalist Stephen Totilo did not fail to underline what Bobby Kotick, particularly incriminated since last summer, would receive in the case of an “external takeover”: 292 million dollars. i.e. 257 million euros, just for the Kotick case, which remains in office for the time being.

Chance of the calendar, the head of the Xbox branch Phil Spencer called a few days ago for a real change of culture on the side of Activision Blizzard, a change that some will scrutinize all the more closely that Microsoft may be able from here. a few months to become the new manager…

But where will the builder stop?!