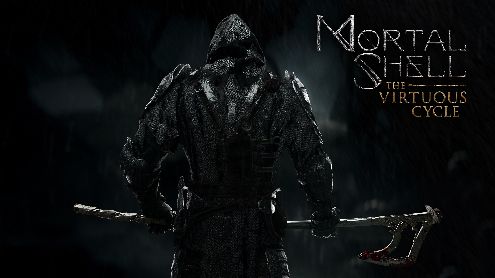 One of the many titles eager to ride the wave of Souls-like success, and having managed to pull off the game, Mortal Shell will try to seduce players who like to learn while suffering and repeat without having the impression of doing the same thing.

Mortal Shell The Virtuous Cycle arrives August 18 on PC, PS5, PS4, Xbox Series X | S and Xbox One. That is to say exactly one year after the game’s initial release, which will also be available on Steam that same day. It will be sold at a price of 6.99 euros. Introduced during last E3, this DLC will change the rules somewhat by allowing you to play as a fifth shell: Hadern, once your teacher, it seems, which will also be playable in the main campaign with a new skill tree.

The difference will come from the fact that, this time, each of your deaths will reshuffle the cards. Or rather the card, since the adversaries will replace themselves, when they will not have quite simply another form. Something to force you to stay on the lookout at all times. The uncertainty of a Rogue-like, then. To progress, players can count on more than a hundred new abilities, weapons and new maneuvers. The weapon called Axatana, transforming as needed into an ax or two katanas, will be part of the new features that Cold Symmetry has in store.