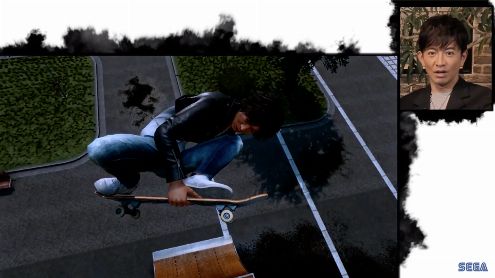 Lost Judgment changes from the previous main Yakuza and spin-offs in the sense that it will be entitled to a simultaneous worldwide release. Therefore, SEGA must communicate in the different territories at the same time. This allows fans of Ryu Ga Gotoku Studio’s productions not to have to be satisfied with 100% Japanese videos for several months.

SEGA has just released a new video of Lost judgment in which Toshihiro Nagoshi, the Managing Director of SEGA, and Takuya Kimura, the Japanese superstar who plays Takayuki Yagami in the Judgment series, answer questions about Lost Judgment while showing off the game’s indie gameplay.

Here, almost the whole game is reviewed. The two men evoke, for example, the theme, to say the least, of bullying at school, which is at the heart of the plot of Lost Judgment. Part of the adventure taking place in a high school, the high school activities in which the detective can take part are mentioned.

The possibilities are endless (or almost)

Exploring Yokohama, on foot or on a skateboard (indisputable element in a Yakuza-like) is also covered, as are the changes made to the Yagami Detective Agency, to the combat system (with the style emphasizing the immobilization), investigation phases or mini-games. In short, there is something to interest fans of Yakuza and Judgment.

Casually, the release of Lost Judgment is fast approaching. As previously mentioned, the new Ryu Ga Gotoku Studio title is scheduled for release on September 24 on PS5, Xbox Series X | S, PS4 and Xbox One. Like the video of the day, the game will be fully subtitled in French.

What does Lost Judgment inspire you? Do you find it more interesting than the first episode? Do you plan to give him a chance? Give us your opinion in the comments below.