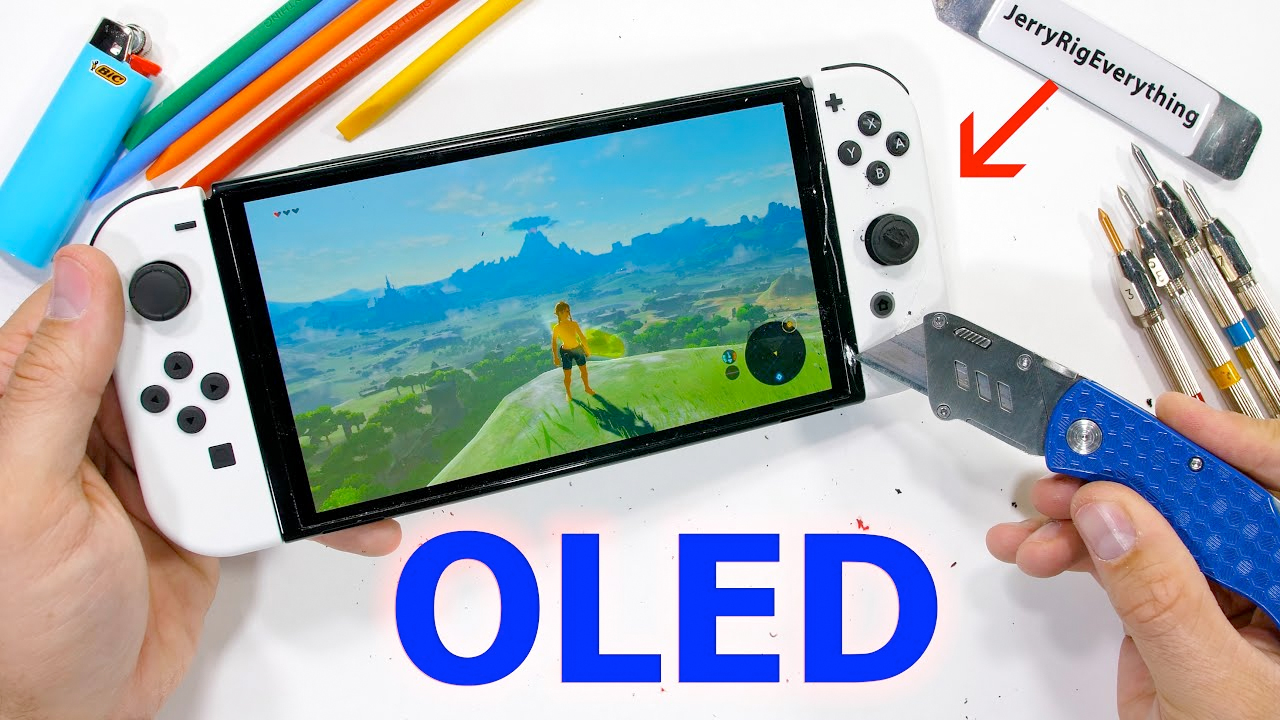 It has almost become a tradition. When a new console is released, it is immediately destroyed by some of its buyers. Often, the purpose of this destruction is to verify the solidity of this machine. Unsurprisingly, the Nintendo Switch OLED was no exception. And the results are not particularly encouraging.

According to him, the Nintendo Switch OLED has a level of protection of its screen of 2/10. Significant scratches appear from the first tests. This underlines according to him that the glass screen of the console is covered with a layer of plastic.

The good news in this story according to the YouTuber is that these tests show the importance of avoiding putting the OLED Switch in risky situations. It is therefore better to avoid, for example, putting the console in a bag where there are coins or keys.

Surprise, the OLED Switch does not like sharp objects and fire

According to Nintendo, the plastic film that covers the OLED screen of its machine is intended to avoid spilling pieces of glass in the event of a major impact. Therefore, it is recommended that all console buyers purchase an additional screen protector.

To note that JerryRigEverything went even further in its tests. Indeed, the videographer also tested the fire resistance of the Nintendo Switch OLED screen. It appears that it takes about 30 seconds of contact with the flame of a lighter to permanently damage the diodes. The YouTuber is nevertheless surprised that the plastic film present on the screen has resisted the flame.

Obviously, the conditions for carrying out the test do not represent actual conditions of use. However, they do make it possible to highlight any weaknesses. And therefore to warn the players so that they take their precautions.

Do you find such tests useful? Have you ever scratched the screen of one of your portable consoles? If yes, how ? Have you put a screen protector on your Nintendo Switch? Are you planning to do this or have you done it on your OLED Switch? Tell us all in the comments below.