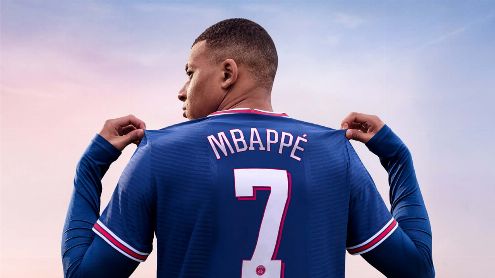 As we indicated to you last weekend, Electronic Arts released the first information about FIFA 22. Like its predecessors, the much awaited football game will be entitled to several versions. But unfortunately for people still on the old generation, the American publisher does not intend to make it easier for them to switch to the new generation version of its game.

Read also: FIFA 21 would push players to spend on FUT, EA defends it

Unsurprisingly, given the parks installed and the difficulty that some players still encounter in obtaining new generation consoles, FIFA 22 will release both on PS5 and Xbox Series X | S, as well as on PS4 and Xbox One (the game has also been announced on PC and Stadia).

But it appears that Electronic Arts does not intend to allow buyers of the standard “old gen” version of FIFA 22 to upgrade to the PS5 / Xbox Series X | S version for free if they decide to upgrade in the coming months. the release of the game.

Indeed, the descriptions of the different versions of FIFA 22 disseminated by the glove of the edition reveal that Buyers of the PS4 and / or Xbox One versions of the football game will need to purchase the Ultimate Edition if they do not wish to have purchased the game twice the full price when they switch to PS5 and / or Xbox Series X | S .

Free, but in fact not

surprisingly, EA Sports explains that the Ultimate edition of FIFA 22, priced at 99.99 euros, contains the “Right the new version“allowing to pass”free, “the new generation version of the game. Knowing that the Standard edition, which sells for 69.99 euros, does not offer this” right, “it is surprising to see this upgrade described as so free.

Of course, the Ultimate edition offers other additional content in addition to this “right the new version. “But it only prevents the absence of this possibility of the standard version, and 30 euros cheaper, of FIFA 22 leads to believe that this update is indeed paying.

As previously mentioned, FIFA 22 will be released on October 1 on PS5, Xbox Series X | S, PS4, Xbox One, PC and Stadia.

What do you think of this policy on the part of Electronic Arts? Does she surprise you from her? Do you think the publisher has the right to speak of a “free” update while it is reserving the more expensive version of the game? Tell us all in the comments below.