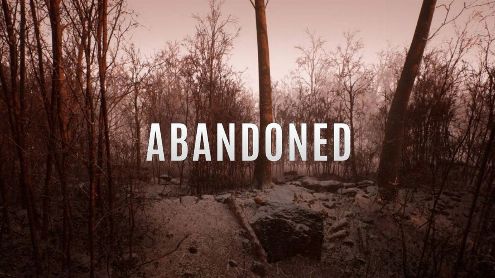 On August 10, 9:00 p.m., Abandoned was supposed to come out of the woods for the first time. Once again, its designers rejected WORLD PREMIERE, citing technical concerns. Everything could soon be back to normal.

What if the end of the ordeal was for today? Blue Box Games has indeed revealed on its official website that the patch needed to launch Abandoned’s first official video, via the Realtime Experience app on PS5, was finally ready.

The problem has been solved. The patch will be deployed in a few hours.

What should we mean by “a few hours”? This is the question for all those who finally want a denial of these weeks of torture fueled by theories more absurd than each other.

Literally assigrant, the Twitter account of the Dutch studio behind which many think they see the shadow of a smirking Hideo Kojima had tried to calm things down. They could have posted their clip on YouTube. But we have to believe that looking for excuses is sometimes more reassuring than finding the simplest solutions:

We ask everyone to calmly wait for the patch. We understand your frustration. We are 100% real and are working on a passionate game we believe in. This is what happend:

We ask everyone to calmly wait for the patch. We understand your frustration. We’re 100% real and working on a passionate game we believe in. Here’s what happened: We have addressed several engine issues that occurred in the last minute after detecting a graphics problem. For this, we wanted to do a quick update. We’re almost there because most of the testing is done. We thank you again for your patience and apologize for the inconvenience.

Since then, warnings have popped up everywhere, pointing to a lackluster liability – lots of announcements, never releases. But the hour of truth is approaching: real indie game, subterfuge of the father of Metal Gear, return of Silent Hill, or simple sociological test of the patience of the players? (if you have other ideas, feel free to share them). Stay close to your PS5, you never know, especially on a Friday the 13th …