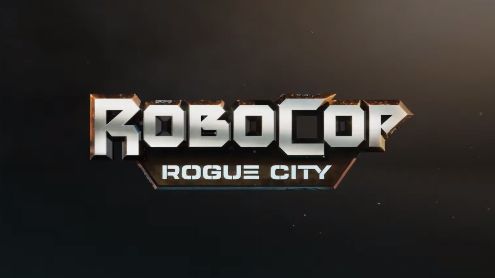 Although it has not had any real recent film activity (the 2014 film reboot is long forgotten), the RoboCop license remains one of the monuments from the blessed era of the 1980s. So when a new The original RoboCop trilogy game is announced, it is quite an eye-catcher.

Over time, the world of RoboCop has had a number of video game adaptations. But it will soon be 20 years since the adventures of Alex Murphy have been absent from consoles. The French publisher Nacon was obviously well aware of the need to fill this void since he took advantage of his Nacon Connect last night to announce RoboCop: Rogue City, a brand new FPS scheduled for 2023.

At the time of writing, the information communicated about this new adaptation is relatively scarce. Nacon has simply indicated that RoboCop: Rogue City will take place in the world of the first three RoboCop films and offer an original adventure in which the player will play RoboCop himself.

If the news at first glance is enough to delight fans of the universe created by Edward Neumeier and Michael Miner, it should be specified that the studio which this project was entrusted is none other than Teyon. It is necessary to remind those who this name does not say anything that Teyon is the Polish studio behind masterpieces like Rambo: The Video Game and Terminator Resistance (not very well received by the critics, the latter has all the same managed to build up a certain fan base). While this project should obviously not be buried too quickly, it seems important to measure your expectations of it.

Dead or alive, you come with me!

RoboCop: Rogue City is therefore scheduled for 2023 on consoles and PC. If Nacon does not specify the platforms involved, it would not be surprising if at least the PS5 and Xbox Series X | S receive this game on release. Also note that the time at which these lines are written, it has not been specified whether Peter Weller, the interpreter of Alex Murphy / RoboCop in the first two films, will lend his voice and his features to the game.

FYI, a new RoboCop movie has been in the works for several Hollywood years. Nickname “RoboCop Returns, “the latter would be a direct sequel to the original film written by duo Edward Neumeier and Michael Miner and draws on ideas they had in the 1980s for the original RoboCop 2. This new film would have the basis of being directed by Neill Blomkamp, ​​but the latter left the project in 2019 and was replaced by Abe Forsythe. No date for the shooting or release of this mysterious film has yet been communicated.

What do you think of this announcement? Does she rejoice you? Are you interested in a new RoboCop game? Considering the studio involved, are you worried about a bad game? What would you like to see in a RoboCop game? Give us your opinion in the comments below.