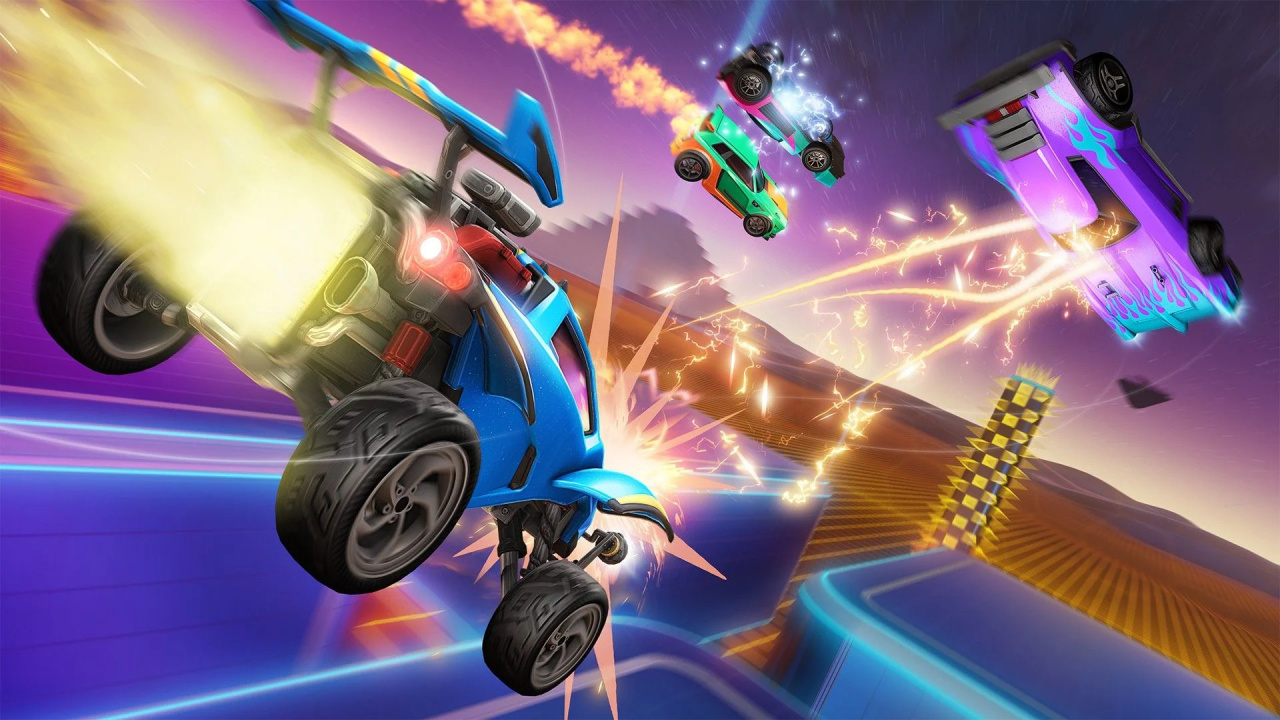 Arguably the most important part of the Rocket League experience is your ball; after all, those little remote-controlled cars have very little to do except guide a giant sphere into a huge web. Knockout Bash, a new in-game event launching from April 27 to May 10, is especially bold: no ball at all.

The objective is quite simple: there is a shrinking safe zone and your goal is to knock your opponents out of it, as part of eight-player free-for-all skirmishes. You can double jump on your opponents to send them flying, but be aware that these attacks can be blocked. You can also grab and throw your enemies, as if you were playing some sort of four wheel wrestling match.

You get three lives, and once they’re all gone, it’s game over. As you play through the event, you’ll unlock golden gift baskets that include loads of in-game loot so you can customize your vehicles. It all sounds like a lot of fun to us – it’s obviously not going to replace the main mode, but we’re excited to see Psyonix experiment with different game concepts.