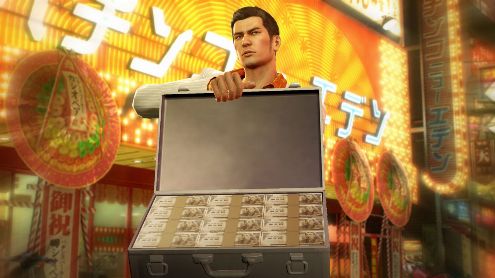 The fans of the first hour of the Yakuza series repeat it with pleasure who wants to hear it, in the West, it comes from (very) far. This is why seeing it transformed into one of SEGA’s engines has a very special flavor.

Read also: SEGA read editor of the year by Metacritic, thank you Persona and Yakuza

Like many other multinationals, SEGA has just released its financial results for the first quarter of fiscal year 2022 (which began on April 1). As often, the firm of Haruki Satomi took the opportunity to take stock of the sales of its games and licenses. Among the cases mentioned was that of the Yakuza series. Long sulked by Western players, the saga imagined by Toshihiro Nagoshi has experienced a rebirth for several years.

The latest figures released by SEGA are also the best illustration of this. Indeed, during the first quarter of this new fiscal year, the Yakuza series (which also includes Judgment) was number two behind Sonic in terms of sales. Here is the sales ranking of the various SEGA series for this three-month period:

This result is all the more surprising given that in the first quarter of the previous year, Yakuza had come far behind the other series mentioned above with “only” 300,000 games sold. Ms. finding over the entire fiscal year 2021. Yakuza had indeed finished fourth with 2.2 million games sold (4.4 million, 4 million and three million for Sonic, Total War and Persona respectively).

That Sonic remains number one is hardly surprising. The pressed hedgehog indeed remains SEGA’s most famous and popular license. And these variable rankings are obviously linked to the news of each series. There’s a good chance that Yakuza was helped by the release of the remastered version of Judgment. The recent proliferation of platforms on which the series games are available, as well as the publisher’s efforts in localization (on the more recent games) have certainly helped them too.

Since SEGA has not given details of sales for each license, it is impossible to make any assertion. But anyway, this new situation gives the fans of the series something to rejoice in. Faced with such a situation, the future of Ryu Ga Gotoku Studio’s productions looks much more certain than it was just a few years ago. As a reminder, the next game from the “series” is Lost Judgment. The latter will be released on September 24 worldwide on PS5, Xbox Series X | S, PS4 and Xbox One.

What do you think of these new figures? Did you give the Yakuza series a chance for the first time recently? If so, what did you think? Have you been following the series for a long time? Tell us all in the comments below.