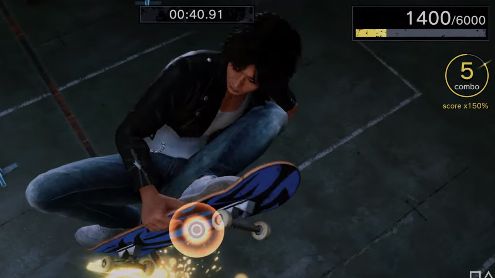 Sony had advised during tonight’s State of Play announcement that third-party publishers would be providing updates on their games during the stream. Among these partners was SEGA, and the latter wanted to show what the Ryu Ga Gotoku Studio is preparing for next fall.

SEGA therefore took advantage of tonight’s State of Play to give news of its Lost judgment. While this video returns to the game’s mysterious plot that requires Takayuki Yagami to solve the “perfect crime,” it mainly serves to show the gameplay of the new title from Ryu Ga Gotoku Studio. Or rather all the gaming systems and other activities it offers.

Yakuza spin-off requires, Lost Judgment is far from being satisfied with a mixture of exploration and combat. And it is clear that this sequel seems to want to go even further than its predecessor in terms of variety. As shown in the video above, During his adventure, Yagami will be able to skateboard, box, engage in devilish choreographies, or even take part in robot fights or even motorcycle races.

The hero of Lost Judgment being a private investigator, he will have to investigate once again. And to do this, it will be even more effective than in the past. He will indeed be able to explore certain environments by climbing like a Nathan Drake, and discreetly eliminate certain enemies such as Solid Snake.

The video also reminds us, an essential element, that Yagami will also be able to call on a dog during his forebodings. In addition to using his flair to help the detective progress in his research, this little shiba can also attack enemies.

In short, it appears that Lost Judgment does not want to give the player any reason to be bored. Unlike all its predecessors, Lost Judgment will have a worldwide release on September 24th. And while the above trailer was captured on PS5, it’s worth remembering that the game will also be offered on Xbox Series X | S, PS4, and Xbox One.