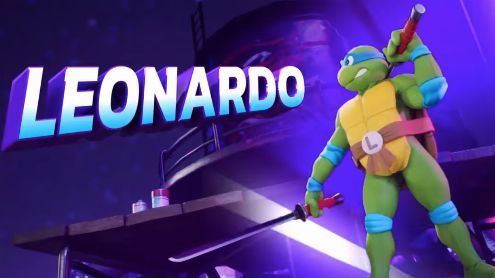 The American television channel Nickelodeon has under its control a number of cult licenses for people who grew up during the second half of the 90s. And it does not hesitate to exploit them in crossover video games. After offering a Mario Kart-like featuring many of its famous characters three years ago, the chain has just handed it over. This time, however, it is not a question of kart races, but of fighting.

to believe the first images of this new title, Nickelodeon All-Star Brawl players will have the opportunity to distribute the loaves playing characters from series such as Teenage Mutant Ninja Turtles, Hey Arnold !, SpongeBob, or The Jungle Family (among others).

Nickelodeon explains that their game will have 20 different levels, all inspired by these same cartoons. One of the levels will be for example the Technodrome of the Teenage Mutant Ninja Turtles, while another will take you to the jellyfish meadow seen in SpongeBob SquarePants.

Nickelodeon All-Star Brawl will offer single player play as well as various multiplayer modes, locally or online, allowing four players to play together. For the curious, this new title is developed by Ludosity and Fair Play Labs, a studio located in Costa Rica.

If the first trailer for the game, which the American site IGN has for the moment the exclusivity, already reveals a certain number of characters, Nickelodeon promises other surprises to come.

The most motivated players won’t have to wait very long before they can try their hand at Nickelodeon All-Star Brawl. Indeed, the game is slated for fall 2021 on PS5, Xbox Series X | S, Switch, PS4 and Xbox One. A PC version, not yet announced, would also be planned. (a developer also claims that the PC is the game’s lead platform).

What do you think of this announcement? Do you think this game has potential? Could the characters he is directing encourage you to give him a chance? Who would you like to see in this game? Tell us all in the comments below.