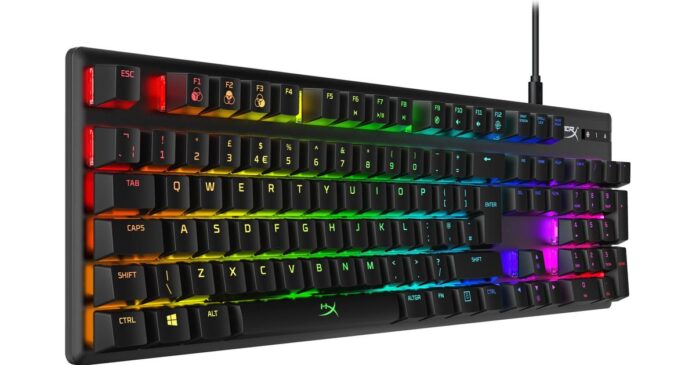 Alloy Origins has a compact design which makes it very portable even though it is a 100 percent keyboard.

Alloy origins come in HyperX’s own linear, tactile and clicky switches. It does not take much to press the buttons, but it is still enough to give a natural and comfortable feeling when writing and playing. The keyboard works on all possible platforms such as, Playstation 4 & 5 and Xbox series X.

The keyboard is made of aluminum on both the back and front, which makes it very robust and almost impossible to break. All keycaps are engraved instead of printed, which means that the buttons do not fade after use. For ergonomics, it has also included three different angles to have the keyboard in, 3 °, 7 ° and 11 °, which gives you the opportunity to set what is best for you.

The keyboard uses secondary media buttons such as volume controls in the F buttons which requires the UN button to use which is not the easiest thing to do when you just need to change the volume quickly, but it is one of the things that makes this keyboard so compact so it is a profitable compromise. 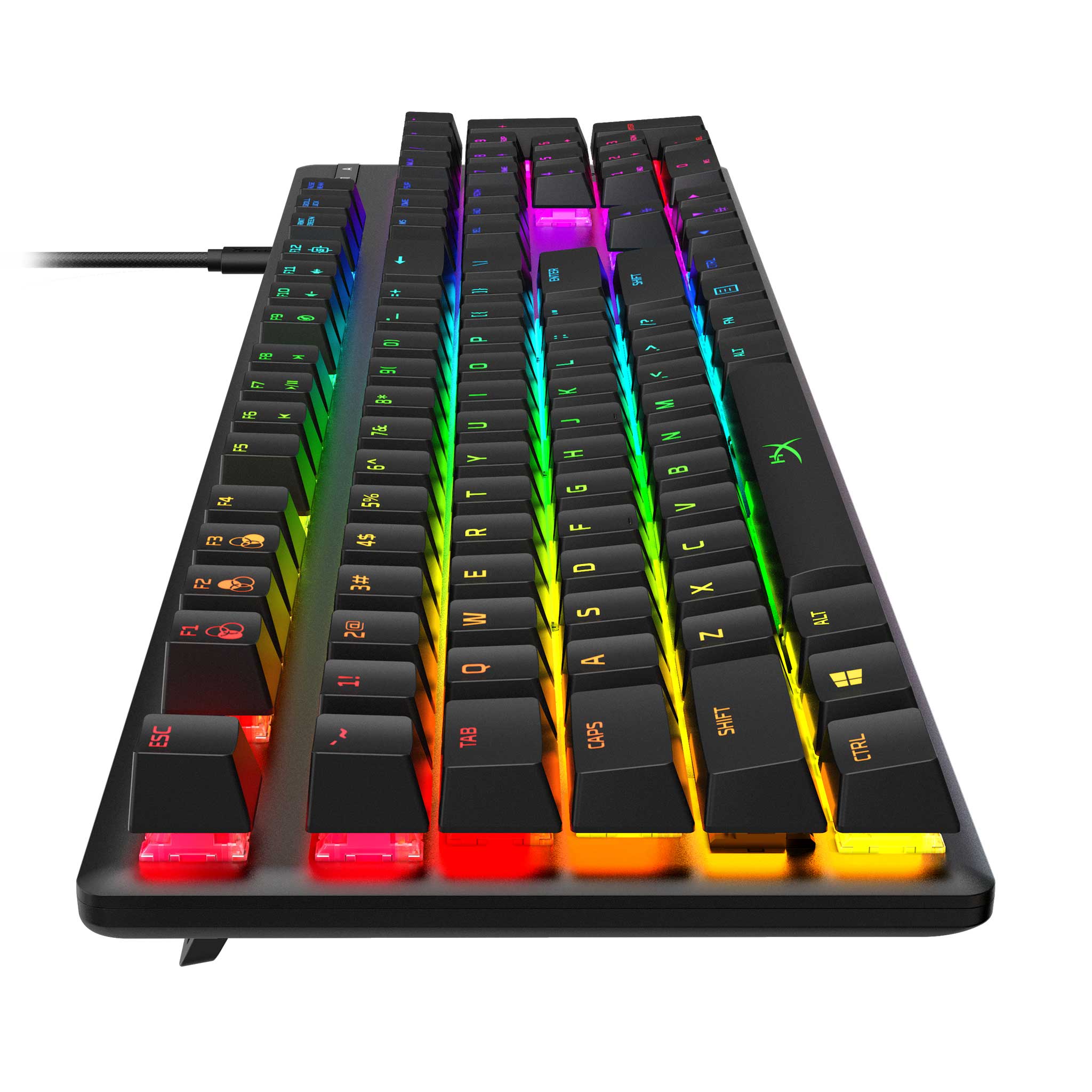 In the F-buttons you will also find game mode to turn off certain buttons when playing and three presets which can also be used as built-in memory for RGB and macros which you can fix in the software NGENUITY.

The software NGENUITY gives you the opportunity to get a very detailed RGB customization. You can choose between effects at the touch of a button and other effects such as waves or solid RGB. You can also change the RGB of individual buttons through NGENUITY.

If you own more than one Hyperx product with RGB, you can also use ngenuity’s lightsync, which syncs your entire setup’s RGB and takes it to the next level.

As far as macros go, NGENUITY has it all. Windows shortcuts, media buttons, and custom macros can all be programmed into any button. All this can then be downloaded to the keyboard’s built-in memory.

My biggest and only “problem” with this keyboard was the space button. If you did not press in the middle and from the right angle, the button felt unstable and tough, but it may have been a problem with the copy I tested.

The price is around SEK 1,290, which is a very good price for this keyboard that just screams quality with lots of useful functions.

Alloy origins is a perfect desk for both gaming and typing, which makes it a great addition for those looking for a new keyboard that lasts this year.