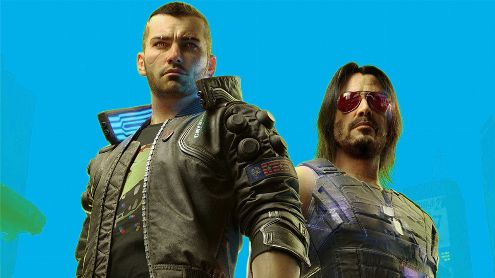 Made unavailable on the PlayStation Store for more than six months by Sony in response to the many technical problems plaguing the game on PS4, Cyberpunk 2077 returned to the virtual store at the end of June. And obviously the players were eager for him to return.

Sony recently revealed the sales rankings of PS5 and PS4 games on the PlayStation Store for the month of June 2021. And they reveal that Cyberpunk 2077 is the best-selling game on Sony’s online store next to the PS4. And this, both in North America and in Europe.

This result is all the more impressive given that CD Projekt RED’s controversial RPG didn’t reappear on PlayStation Store until June 21. He therefore managed to reach these first two places in just over a week of availability. Of course, without the number of games sold, it is difficult to determine the extent of this comeback.

But it does not prevent that this result should clearly please the Polish publisher. Especially since Sony continues to “advise against“purchasing the game for use on a standard PlayStation 4 (this PS4 version obviously runs better on a PS5).

This strong comeback of Cyberpunk 2077 in these virtual rankings seems in any case to show that the patches and other fixes applied so far by CD Projekt RED to the PS4 version of its game were enough to reassure and / or satisfy those interested in this same version. and too rushed to wait for the next-gen game update.

As a reminder, CD Projekt CEO Adam Kiciński said at the end of June that Cyberpunk 2077 now has a level of performance and stability “satisfactory. Reaching such a stage, however, requires compromises and limiting the scope of the game, in terms of the NPCs present in Night City for example.

As of this writing, CD Projekt has yet to announce the release date for Cyberpunk 2077’s PS5 update. Last I heard, it is still scheduled for the end of this year.

Does this return of Cyberpunk 2077 to the PlayStation Store charts surprise you? Are you still waiting to get started? If you’ve already fallen for the PS4 version of the game, what has your gaming experience given? Tell us all in the comments below.