The cinematic inspiration behind Trek to Yomi

Hi everyone in the PlayStation community and thanks for your amazing response to Trek to Yomi so far! Now that the game is complete and ready for players around the world to experience, I wanted to take a moment to talk about how our various cinematic images came to be and the iconic films that inspired them.

Being originally from Italy, I experienced Sergio Leone’s westerns before I had any idea about Akira Kurosawa’s movies. Of course, once I learned that those westerns were heavily influenced by Japanese samurai cinema from the 1950s and 1960s, I had to experience them for myself. That’s how I fell in love with Kurosawa, probably through Seven Samurai, specifically, during my first year in college. The realism and the direct and raw representation of how life used to be, the care for the composition and the performances that connect on a human level instead of relying on culture, were fascinating to me. Of course, after seeing Hidden Fortress it also became very clear to me where George Lucas and Steven Spielberg drew inspiration from, and for good reason.

So how did this discovery end up inspiring a video game all these years later? Initially the gameplay I had in mind was the main reason I wanted to make Trek to Yomi, but with Flying Wild Hog it finally addressed that aspect, my focus was on the atmosphere and overall visual direction as well as ensuring that The game was as authentic as possible, not only to the movie references we were using, but also to the Edo period and Japanese samurai culture.

Some aspects where detail was key were the rain, the fire, the way everything looked when you see it in black and white. Some of the movies that inspired me to do this weren’t even actually Japanese. Buster Keaton and the movies of the 1920s and 1930s were a great inspiration because they remind me of 2.5D sidescrollers, which made me want to make this game very badly. Orochi had a few scenes that made me think “I need to make this happen interactively, that would be crazy!” 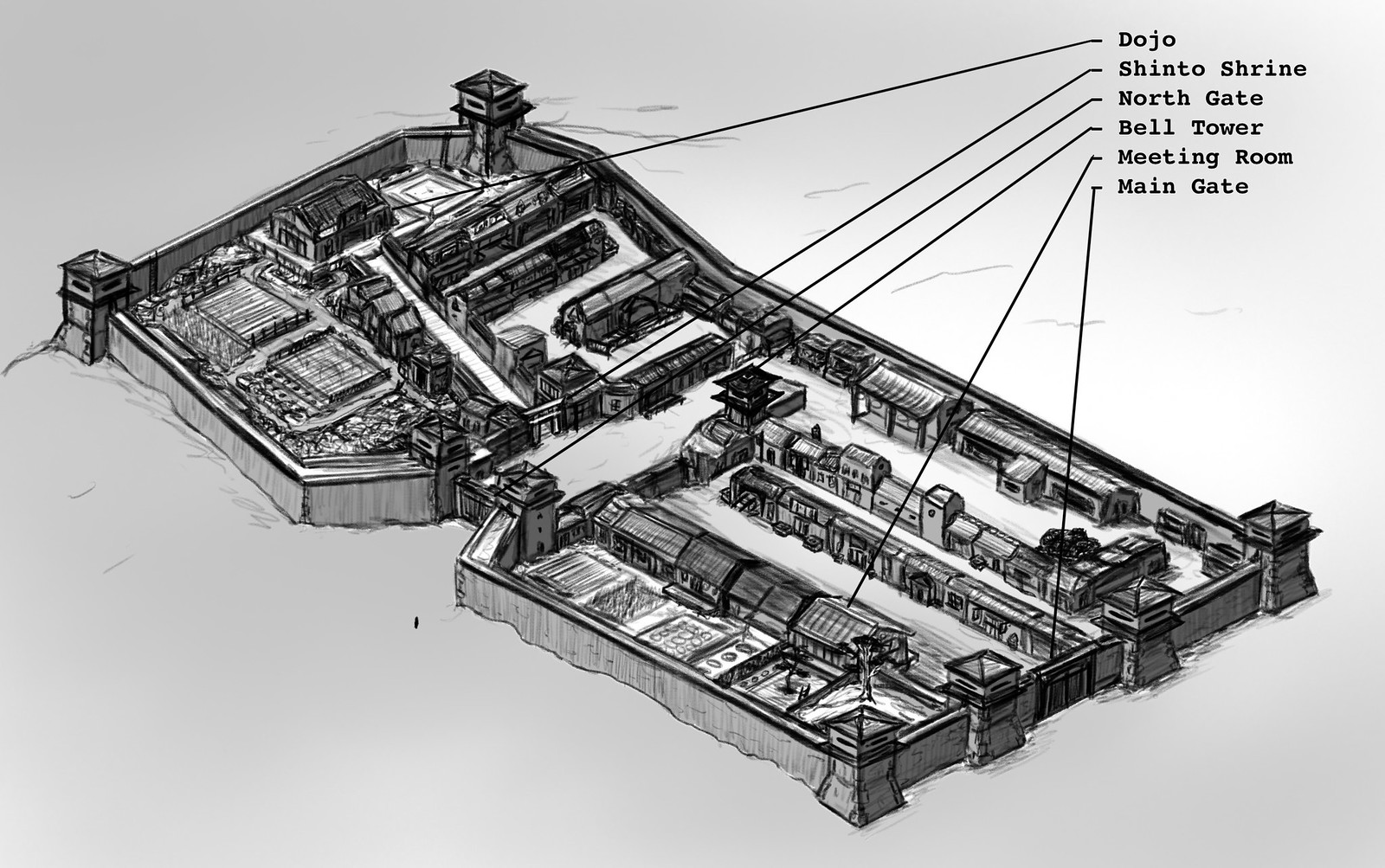 While there are many iconic scenes in the classic Samurai movies that inspired many of the decisions we made in terms of shot choices, I’m especially proud of the way the main city was built. The Dojo at the top of the stairs that oversees the entire main stage, the town within the walls, and the outskirts with the fields around the main castle were things I wanted to include to give a really good sense of geography while subtly showing how the country towns functioned at that time. Using that foundation, we spent hours composing shots that not only looked great, but also influenced the way the player moves through the world, giving them a sense of what the city is like before and after the demons burn it down. the foundations. Every entry and exit point was carefully thought out so that the player could clearly notice where everything was.

One of my main hopes and purposes in making Trek to Yomi was to inspire people to watch those classic Japanese movies. This entire game is a tribute to Akira Kurosawa. I definitely encourage anyone who hasn’t seen those movies to give it a go. They are old classics, but I think most of them are still worth watching even today.