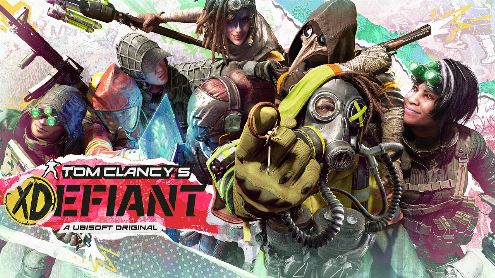 As you may have seen in the reveal video on Monday, Ubisoft has unveiled its new title, a multi-free FPS called Ladies and Ladies .. Tom Clancy’s XDefiant. Why how ? This is what we will see right away.

Ubisoft therefore announces the launch of Tom Clancy’s XDefiant, a new free-to-play arena shooter that will take place in 6v6 matches, with factions of Defiants with different abilities. XDefiant will be available on PlayStation 4, PlayStation 5, Xbox One, Xbox Series X | S, Ubisoft Connect, Amazon Luna upon launch in France as well as on Stadia. Knowing that crossplay will be available between all these platforms from the launch of the game.

Ubi San Francisco in the square

Developed by Ubisoft San Francisco and supervised by Mark Rubin, Executive Producer and Shooter Expert, and Jason Schroeder, Creative Director and vtran of Ubisoft San Francisco. In XDefiant all the factions and the characters that make them up, called the Defiants, are inspired by the Tom Clancy games but not only … According to Ubisoft, “XDefiant will offer an immersive and original experience that will appeal to both competitive and casual players. “In other words, we can probably play it cooler with friends. Or not. We are also told of high-end customization as well as interior and exterior.

Additional game features will include this stuff:

A personalized style of play: Players will be able to customize their Defiants to suit their playstyle. They will be able to choose a faction, traits, abilities and Ultras, then select their weapons from a large arsenal of primary and secondary weapons. They will also be able to choose their accessories as well as a device to complete their equipment and even modify it during combat (after being reappeared on the map) in order to allow them to adapt to a constantly changing battlefield.

Competitive clashes : XDefiant will offer a variety of competitive 6v6 arena game modes including Domination mode and Escort mode. Players will also discover a large number of unique rotating maps that will make every match second to none.

Various factions of Defiants : The factions available from the start of the game will be the Wolves (Tom Clancy’s Ghost Recon), the echelon (Tom Clancy’s Splinter Cell), the Outcasts and the Cleaners (Tom Clancy’s The Division). They will compete in emblematic places of the franchise. Other Defiants from the universe of Tom Clancy will be added to the game over time.

No release date for the moment, but we imagine that by the end of the year it should be playable (do you have it?). For more information on the game, hop direction the official Ubisoft website.