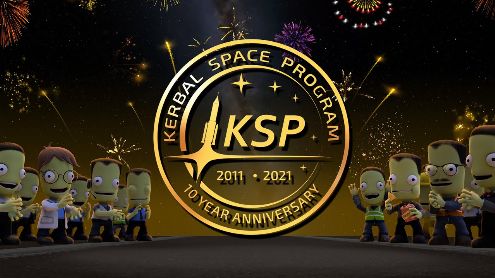 Ten years ago, ingenious little aliens presented themselves on the PC asking you to help them build a working rocket. Today, for this anniversary, Private Division has something to make fans fly.

see also: Killer Instinct: The series is not dead, Phil Spencer must find the right partner

Kerbal Space Program update 1.12 known as Final Approach on PC today. The improvements are numerous with new tools, a unique suit, parts, an alarm so as not to forget important events and many other things that players can discover right now. But that’s not all that marks the road traveled since the release on June 24, 2011. And we don’t talk about merchandising on the publisher’s store.

And yet it moves

The consoles are not left behind. This fall, PS5 and Xbox Series X | S owners will be able to enjoy Kerbal Space Program Enhanced Edition in an enhanced version (for $ 39.99). The update from PS4 and Xbox One editions to next-generation consoles will be free.

Nestor Gomez, Production Manager at Squad, talks about it:

Playing Kerbal Space Program Enhanced Edition on PlayStation 5 and Xbox Series X offers tremendous technological advancement and high definition 1440p gaming as well as an improved refresh rate compared to older console versions. The Xbox Series S runs the Kerbal Space Program at 1080p and also has a better refresh rate. The additional system memory present on these consoles allows for a more stable gaming experience as well as an increase in the number of parts allowed on players’ devices and gadgets. This version takes advantage of improved shaders and textures for an impressive overall graphics rendering.

All this leads us to the angry question: and Kerbal Space Program 2? No panic always planned for 2022, during the fiscal year 2023 of Take-Two, so not before April 1, it will be released not only on PC, PS4 and Xbox One but also PS5 and Xbox Series X | S. We do not stop science.