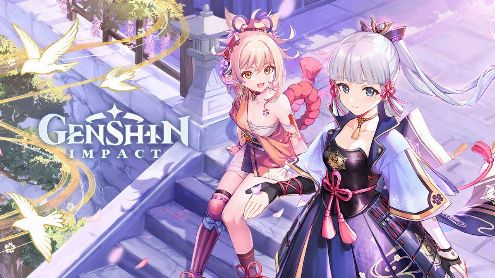 The Chinese free-to-play action-RPG that the plant craves continues to evolve. But the next major step, eagerly awaited by the players, is now. Or rather before the end of the month.

see also: TEST of Monster Hunter Stories 2 Wings of Ruin: The JRPG that does not work on eggshells

Genshin Impact version 2.0, dubbed “Merciless Divinity and Eternal Euthymia” will be available on July 21. The heart of this update will be a new city: Inazuma, which you can discover thanks to the trailer but also the screenshots from our gallery. This region is made up of six major ones and some smaller ones, all with different characteristics.

Visit the Narukami Shrine on the mountain of the island of the same name, or go admire the cherry blossoms and Tenshukaku, the huge residence of Shogun Raiden in Inazuma town; or discover the immense skeleton and palpable remnants of the evil of Yashiori Island where the Shogun Raiden once fought the glove serpent. Cross the desolate coast where the Tatarasuna war ruins lie, get lost in the land constantly plagued by thunderstorms, or explore immense subterranean areas and discover the mysterious relics that lurk underground.

Of course, new Arcons quests will be available, but also and above all new companions, which MiHoYo was kind enough to present.

Note that the developers have also given other good news to PlayStation gamers on the PlayStation Blog. Progress can be shared between all platforms, a list of trophies will be added, and DualSense should be even better exploited on PS5.