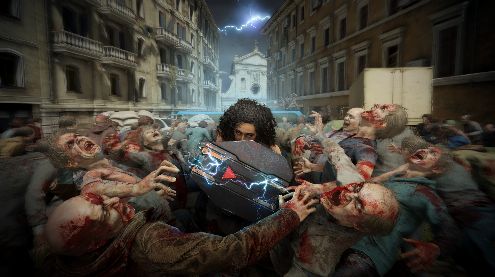 World War Z quietly continues on its way and unveils a big expansion called Aftermath. Note also that it will be playable without needing to own the base game.

see also: Back 4 Blood: Dates and content, the open Bta gives all its details

World War Z Aftermath is almost a full-fledged game as it can be played without owning the base game. Moreover, even the pricing is reminiscent of a classic game since it will still be necessary to pay 40 euros if you don’t have the 2019 game and 20 euros if you are already in your library.

It will decide honey

Among other novelties we can note the addition ofan FPS mode (in addition to the classic TPS view), new places to visit such as Rome, the Vatican and Kamchatka in Russia. As you can see in the video above, the entire melee combat system has received a nice facelift with two-handed weapons or one in each hand.

This content will also be an opportunity to face new opponents, rats that swarm fawn A Plague Tale. To defeat and beat the watch, you can count on a new class that is baptized Vanguard, it benefits in particular from an electrified shield to be able to charge the zombie scum.

All of this will be available directly on Steam this time around and this will not be an Epic Games Store exclusive. And you can count on it on PS4, PS5, Xbox One and Xbox Series too.